When I was a child one of my deepest wishes was to have a pink bike. My brother had a dark blue one and every evening I would wait for him to come from work so we could race. The race would start from the beginning of the street and whoever reached our house first was the winner. He on his bike and me on foot. Of course I won every time. He would let me win so I would get the reward of having a chance to ride his bike. He would control the bike so I could ride it. While we lived in Ghazni(a city in Afghanistan) I could never have a bike because women were not permitted to. It was considered something indecent for women, even for a six year old little girl.  When we moved to Iran my mom promised to get me a pink bike if I did good in school and got good grades, but she never followed through. One of the reasons was myself. I got older and I thought I shouldn’t think about having a bike. Even though I would have loved to have one it was not for me anymore. When I wanted to have it I couldn’t and now that I could I wouldn’t even enjoy having one. Years of war and immigration made us forget about our dreams and wishes. It made us think that only breathing, surviving, and having a piece of bread is our right. It made us take away our children’s rights and dreams because of their gender and ethnicity. 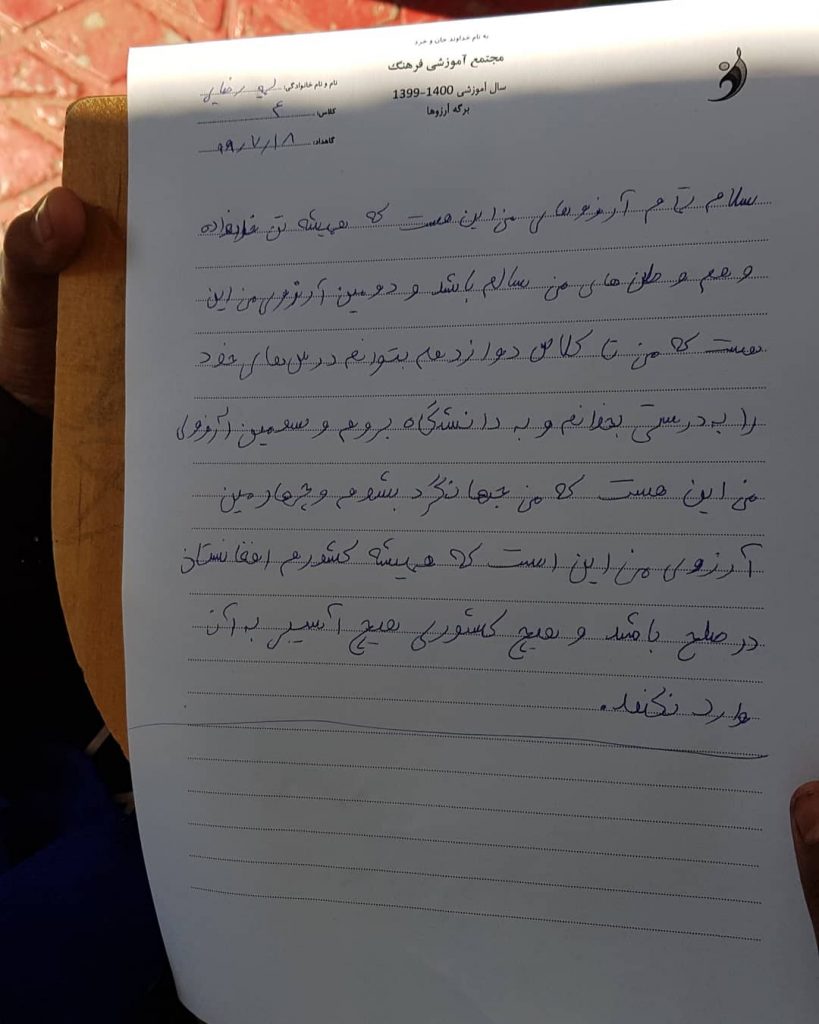 P.S. There is a form at school registration with questions for the parents like, if the child has his/her own room? If they go to the library? If they have ever thrown a birthday party for them? And if they would like to be an Iranian citizen. These questions are based on a child’s essential needs and basic rights. kids also should be given a paper to write about their wishes, their dreams, things they like and what they want to be in the future, but unfortunately war and immigration made us forget about the children and their needs, and as a result, we ignore their dreams and take them away from them.