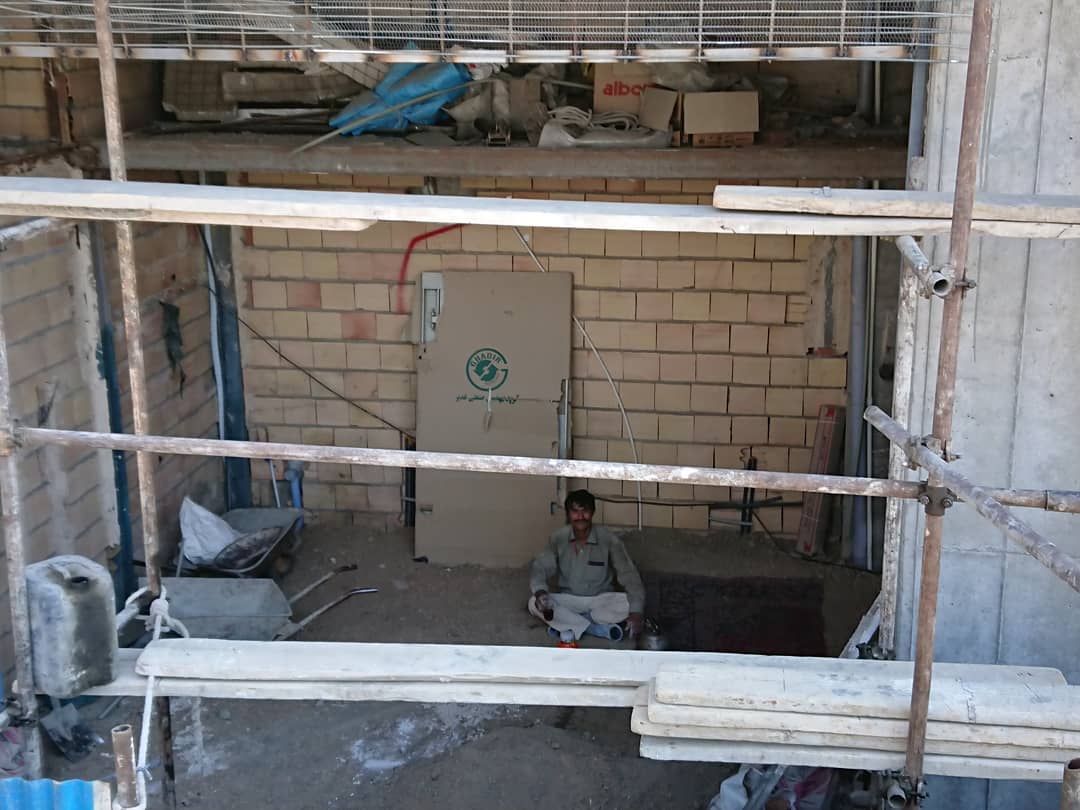 As I was passing by the bridge saw YarMohammad was sitting and drinking tea. I waved my hand from there and hello-ed to him, he smiled and said sir join me for a cup of tea. I said enjoy your tea YarMohammad.
It has been almost nine months that YarMohammad been the janitor of this building and worked there. He is an honest, kind and always wearing a smile. His employer, who has a business firm and one of my acquaintance for several years, was so satisfied with him and said “YarMohammad and his friend do not do the jobs but they actually eat the jobs.
He said” once I assign some duties to him, he works as hard as he can and I do not need to over watch him.
Every time I passed YarMohammad’s semi-constructed building I recalled the days when I was in Bandarabbas and working on a semi-constructed building, along with my employer who was originally Lor but born in Burojerd and he was as old as I was
I made the mortar and brought it with a wheelbarrow and he was cementing the outside wall of a big school. Until the mortar of that wheelbarrow was not emptied I seized every moment for laying down on the sands, under the shadow of a wall but I was always kept an eye on my employer for if he needed anything or if there were something that I should have done, I would have done that by myself before he had said anything.
I had struggled with surviving there and as the job was done I came back to Tehran. I had found some really good friends in the final days and I became friendly with my employer and other workers and plaster workers as well. Only those who lived and worked in that kind of harsh condition know the enjoyment within this sitting down on the dirt and drinking a cup of tea.
Stay healthy dear YarMohammad whose kind smile makes the semi-constructed building beautiful up to several meters radius.