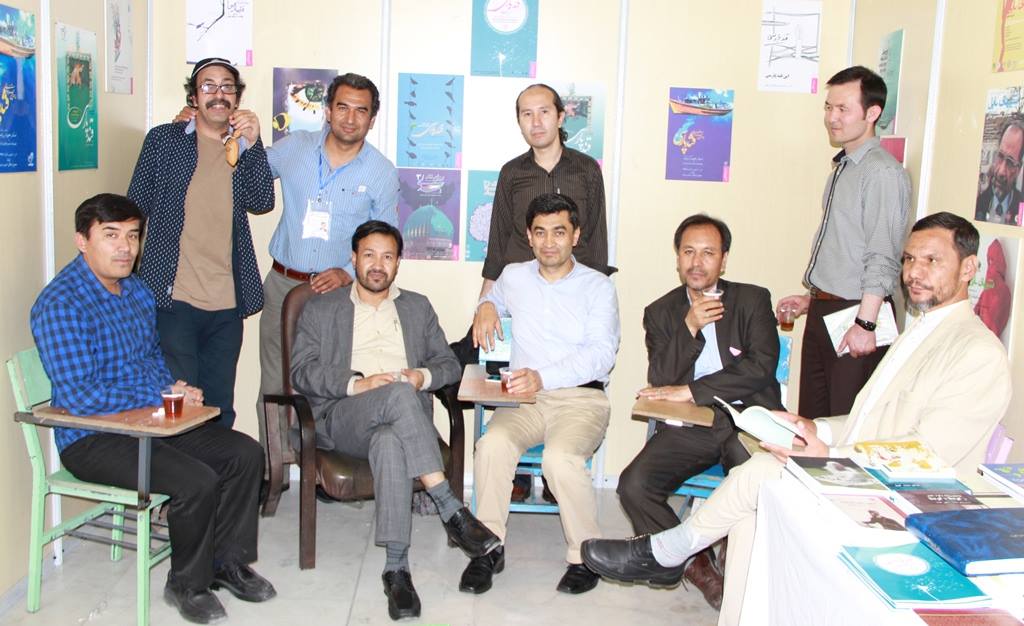 With intellectual friends- Written by Nader Musavi- 12 May 2015

The pavilion of Afghanistan Literature house

Yesterday, Mr. Mozaffari and Nader Ahmadi came to visit the fair. I gave them a number of Kudakan-e-Aftab magazine. Mr. Mozaffari was very happy to see the magazine and said that such a magazine has been missing among other magazines. I asked them to point out the shortcomings of the magazine at the right time so that it could be better in quality, in the future.

Mr. Nader Ahmadi also promised to help us. I was happy and hopeful with the encouragement given by these two noble men. Without the support of other friends and intellectuals, publishing an acceptable magazine is a very difficult and almost impossible task. In these two days, the magazine has been very welcomed. We also took this photo in the pavilion of Literature house. Mr. Mohsen also showed me the bag of coffee which he had taken from the Cuba pavilion and his Cuban friend. It was supposed to be mine but Mr. Rajaei got it, in the end.