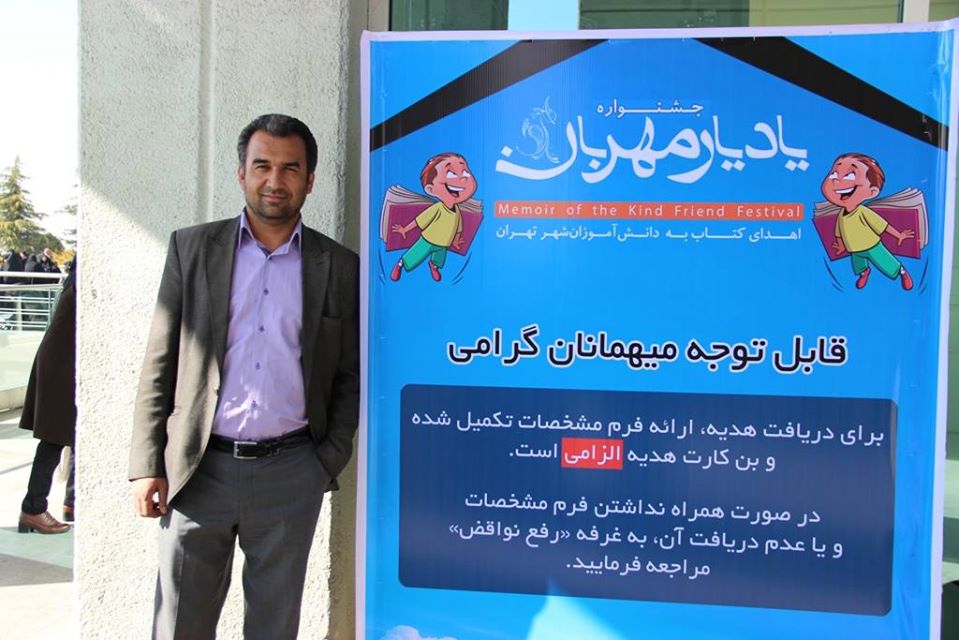 It has been two days since the book exhibition  “The Memory of The Kind Friend” began. This exhibition has been here for a couple of years, except for the last year when it was held before the Nowruz (beginning of Iranian new year, in March) due to the presidential election. I saw the exhibition in the afternoon and I was hopeful that I can get some books for the school library like before. I went to the registration part, “your school’s name isn’t registered in the computer. You should go to your local department of education and bring us a certificate letter.” They told me. ”OK” I said but I knew that they won’t simply give us the letter because our school isn’t an official school, however, I’m going to go there tomorrow. I know from experience that I should never tell myself “no” .Instead, I put pressure on them and stick to them until all of them firmly say “NO”! Because even if there is a  “yes” among ten rejections, there will be a glimmer of hope that the work can be done, as this affirmative response may make all other negative things positive, unlike what it is in the dogmas of mathematics! And as the Greens**  say “be hopeful!” I’m (still) hopeful!

*Kind friend is a metaphor in Persian(mostly juvenile literature); which means book.

** Iranian Green Movement was a major political movement in Iran, looking for some political and cultural reformations.