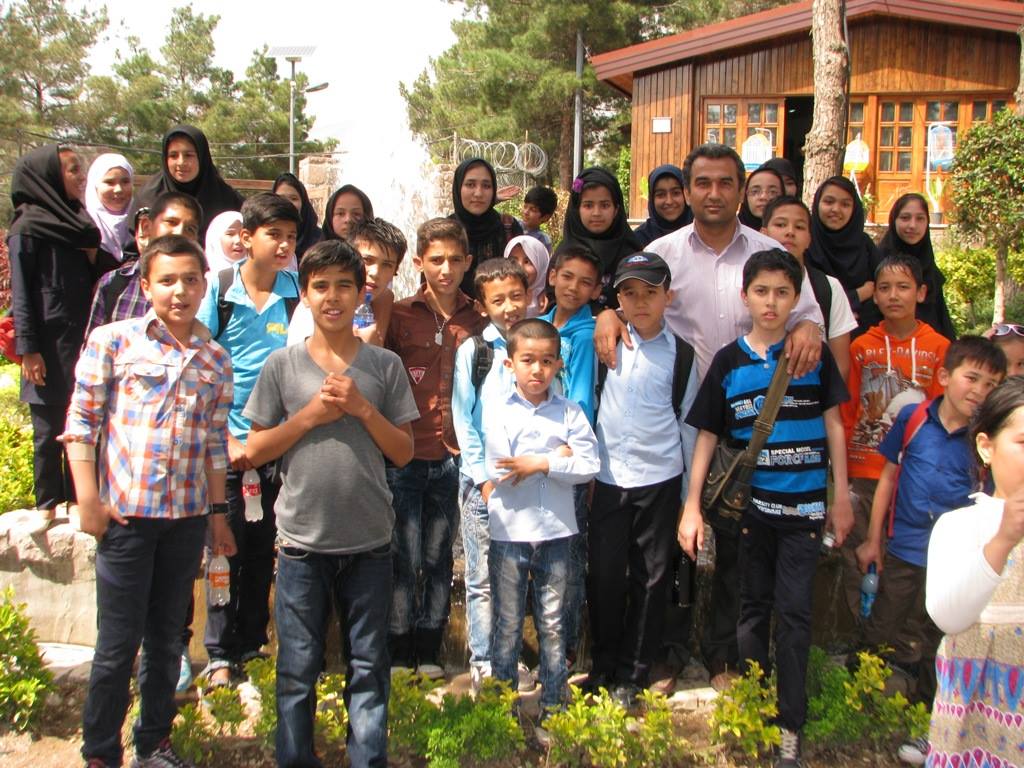 On Tuesday, as I had promised them we took them to the Bird Garden, northeast of Tehran. There were about 45 of us. The entrance to the park was 4,000 Tomans per person, it was 3,000 Tomans per school child. When I first arrived, I talked to the doorman who was a cool man, and I said that we are Afghans, take it easy! He laughed and said how many people? I said about 42 people without three teachers! He said go get 35 tickets. I went to the ticket office. I also asked him for a lower price. The bus fare was low and I told him to give 30 tickets.

It cost 90 thousand Tomans. I went back to the door and gave the tickets and said, “Sir! We have some extra people and little money, do not count very accurately. We have 15 extra people. Let them in.” He laughed and said, “You have too many extra people” I went in front of the children myself and did not look behind me so that his boss, who was standing on the other side wouldn’t find out. I told Ms. Mohammadi, the librarian, to take care of the children. Fortunately, with the cooperation of the doorman. everyone came inside.

The atmosphere was very beautiful in addition to birds and the lake, especially its strange pigeons, has a very beautiful and calming atmosphere. All the fences and stairs were made of wood and there were beautiful wooden pavilions where the children could rest. When we reached the part of parrots and tropical birds, one of the colleagues who had seen my parrot before, said, “These are called parrots not that ugly, rude and bald bird of yours which is always screaming.”

When we were walking in the park, the workers were working everywhere and it was interesting that they were all compatriots. I asked them and one of them was from Badakhshan and the other to Maimana. When leaving the garden, I saw some Pashtun compatriots planting flowers and they had many pots. After greeting, I introduced myself and said, “Give me a vase to take as a souvenir to school.” One of them said no, but the other said because you want it for school, it’s good, choose one brother! Ms. Mohammadi, who was standing on the other side and seemed to be waiting for the permission, quickly chose the largest vase and said that she would take it.

To thank him, I jokingly said that the ancients were right that if you want to make a friend, make an Afghan friend and if you want to be someone’s enemy, choose an Afghan, because Afghan has both a big heart and a generous hand. They laughed and got happy. We happily came to the bus with the flower pot.