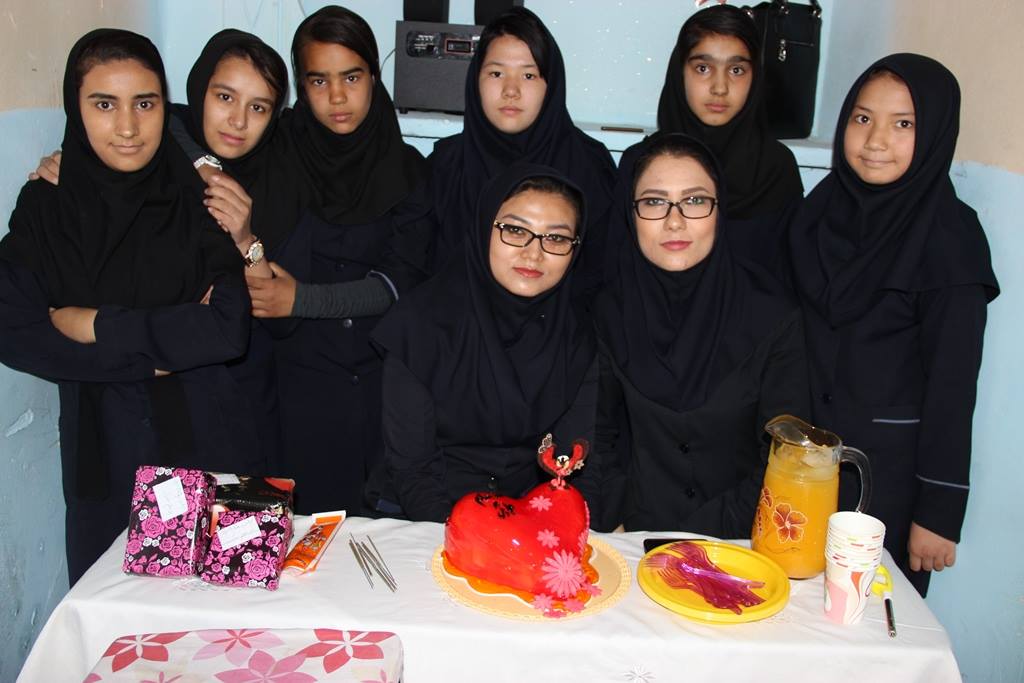 The long-lasting damage…!- Written by Nader Musavi
30 Apr 2015
Mursal (first person on the left) with her teachers and classmates on Teacher’s Day

“Mursal” was a good student of our school who studied here from the first to sixth grade. A dignified, decent and studious girl, She did not come to school this year because they were determined to immigrate abroad. We found out Tuesday that she drowned in the sea between Turkey and Greece. In front of his mother and other family members, she fell into the water off a boat when it was stormy. Mursal’s mother has only been able to save her younger sister, but Mursal has drowned with all her girly and childish wishes and dreams …
the destiny of children like Mursal are damaged by war, ignorance, selfishness and oppression of those who’s ever seen their interests and permanence in the war, the damage of the conservative and irrational nation and leaders.
We fought for independence, preserving religion, being free, being proud, but today we are more parasitic than ever, more irreligious than before, the most imprisoned and miserable people on earth.
How long should the Mursals leave and how long does this chain of misery continue?
May you be at peace Dear Mursal! Our good student at school.