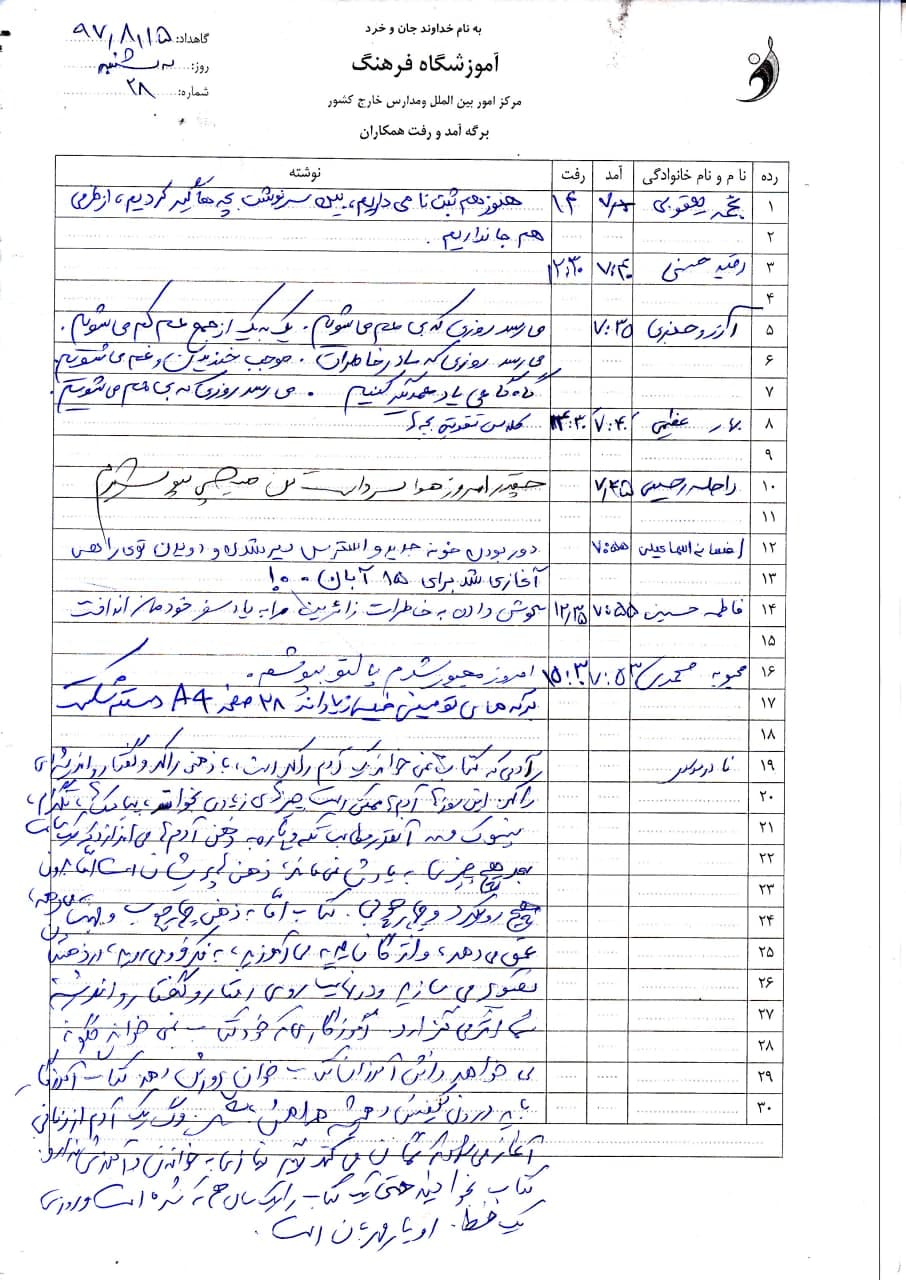 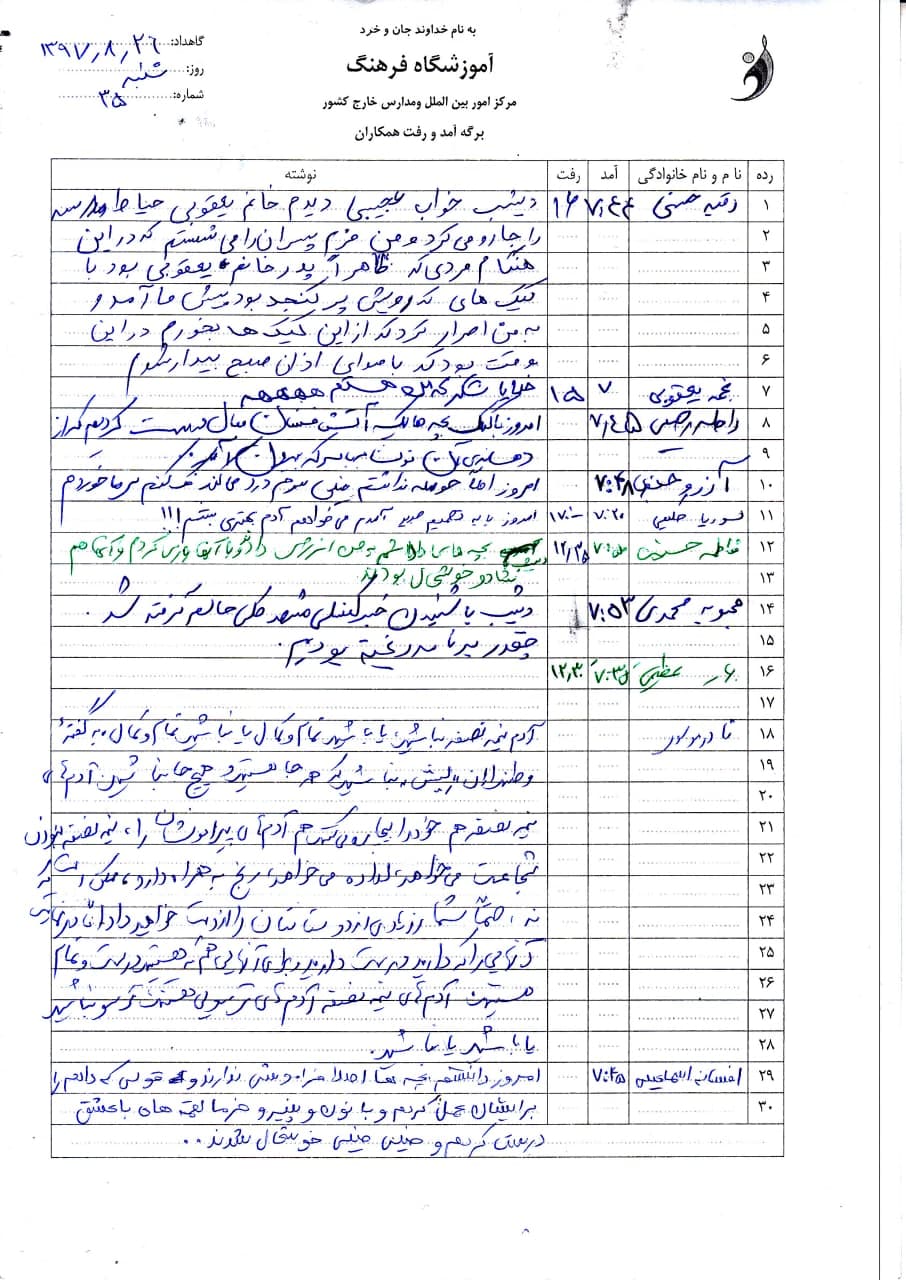 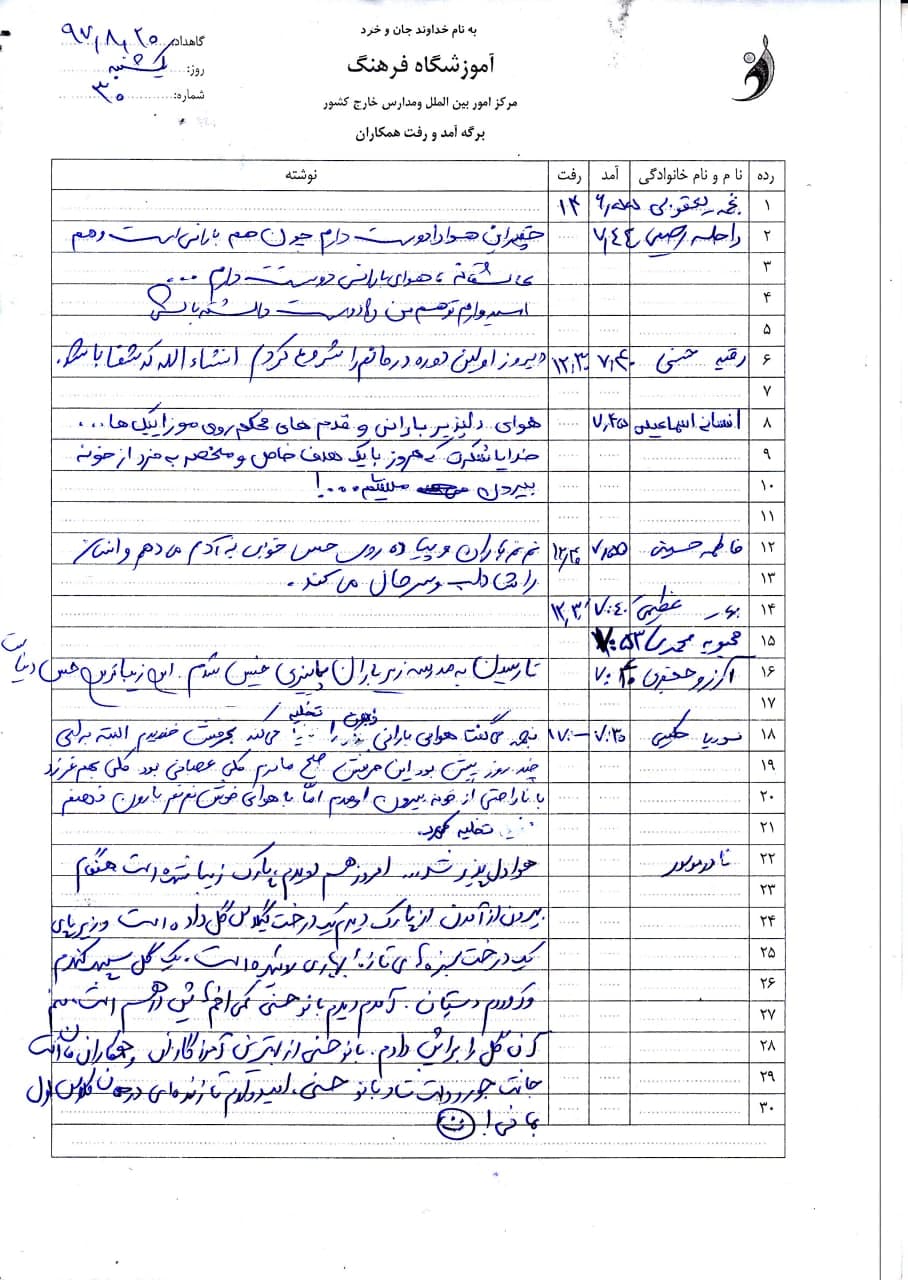 A few days ago, I was looking at my colleagues’ attendance notebook, as well as the students’. The notebooks are from years ago. My old colleagues’ name and signature are here. The colleagues who are now spread out all around the world; from the United States, to Australia, Netherlands, Sweden, Norway, Finland, Afghanistan and so on. As well as Old students, whom I meet via virtual networks.

I still keep many of the old attendance notebooks. Occasionally, as I happen to take a look at them, I find myself with all those who have signed them or whose names are in them. The story of every notebook, its academic year and the people who signed it parade before my eyes. Like Buddha statues or a 300-year-old turtle that has witnessed the rise and fall of many dynasties and the birth and death of many creatures.

I know the very old colleagues’ handwriting. Even seeing a piece of paper to allow the students to enter the class or on which they wrote what they need for the class. I still have a couple of fifth graders’ handwriting whose teacher I was in my first year of working as a teacher. Colleagues’ signatures are often similar and very simple. Except two or three of them which I still have not forgotten since the first year, and I still have a question about what they wrote in their signature. We had a strange teacher with a strange behaviour, very different thoughts and teaching methods from others. He’d not been a teacher for more than a year. A deconstructive man, quick-witty, quick-tempered and kind at the same time.

When I was looking at the notebooks, I wished each of my colleagues would have written a sentence in the notebooks instead of these duplicate signatures. So today we had a notebook of their writings instead of signatures. The same goes for students. Instead of writing the P for the word “present” in front of each student’s name, a sentence was written about them or they wrote themselves.

I struggled with this idea for a while. I found it practical and interesting so I designed an attendance sheet for teacher training courses like this. After arriving, each colleague wrote down their arrival time and wrote a sentence instead of a signature. It was decided to not to write a cliché or a quote and it’s better to write their own statements. It can be about anything. From the simple first confrontation in the morning with a neighbour to seeing a beautiful view on the street or seeing the cops who arrest Afghans on the street or being afraid of a scary well along the way or the kind treatment of a student’s parents and much more , But must be in one sentence. Now this notebook has more than 15 pages. Its first pages are slowly becoming a diary, and it gets interesting to be re-read, let alone reading this notebook, a year or five years or ten or twenty or thirty years later. The children’s attendance notebooks were supposed to be designed in the same way.

Each student writes a sentence in the notebook after entering the classroom. This is how they think about their sentences on their way to school, it helps them to write better, they get acquainted with their friends’ thoughts by seeing other friends’ writings, and more importantly, they leave a precious diary of their school days, which I do not have myself. I do not even have a picture of when I was in elementary and junior high school, and I feel sorry for all those who could have captured those sweet moments with foresight for me and many other children and they did not.