The judgement day bridge of a refugee! 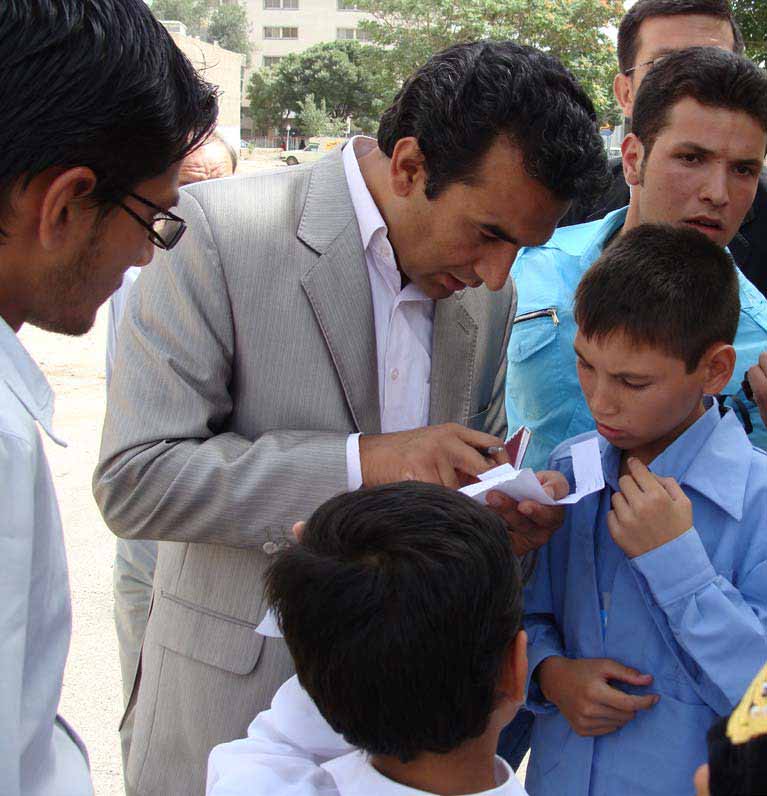 The judgement day bridge of a refugee!- Written by Nader Musavi- 27 June 2006

In that year of the competition, we had five of our students among the winners. One of them came in second place and four others received the recognition prize. One was from TORBATE JAM Camp, three were from GHARCHAK and VARAMEEN, and another was from ISLAMSHAHR. The young boy who came

with his mom had a temporary travel pass but others who were all self-governing school students, were undocumented. Mohammad Zahir Karimi the principal of Alzahara school in GHARCHAK accompanied those three who were from VARAMEEN. My colleague and old friend Ajaz Housain Jafari was with

us as the representative of the Ministry of Education. In this group of ten people only Mr. Karimi and Mr. Jafari had and identification card and I had my student ID. I hadn’t received my passport at that time yet. When we got close to the ticket check booths, I went up to the front with the invitation letter from the Art Precinct and had the boys behind me. I told the ones who had ID cards not to come with us, I didn’t want them to get in trouble because of us. I tried to go to the booth where the agent had a kind face and didn’t looked too strict. I showed her the letter and the tickets pointing to the group I said they are all with me. The agent checked my card and stamped the tickets.

Me and three other boys passed. The fourth boy who was dressed differently and could look afghan by his face was questioned. The agent asked for his documents and if he was a resident. I showed her the invitation again but she declined and requested his documents once again and asked if he was Afghan. I replied that he was from Mashhad. She rebuked this and said: no, he is an alien. She persisted on her request for his documentation. In between all this a large man with a suit who was directing the passengers came forward and asked if there was a problem. The agent pointed to the student and said he is an alien. But doesn’t have any documents. As soon as he heard the word “alien” he angrily wanted us to follow him to the police station. My mouth was dry, my eyes were getting dark, and I felt as if the train station hall was spinning around my head. In those few moments I imagined myself in jail and then at the military base. I told myself “Great, instead of Tabriz you will end up being in Kabul.” I didn’t know what to do. Fortunately, the train station was crowded and eventually the man stopped and pointed to the police station and ordered me to continue going there. Mr. Karimi and Mr. Jafari were looking at us worriedly from a distance. 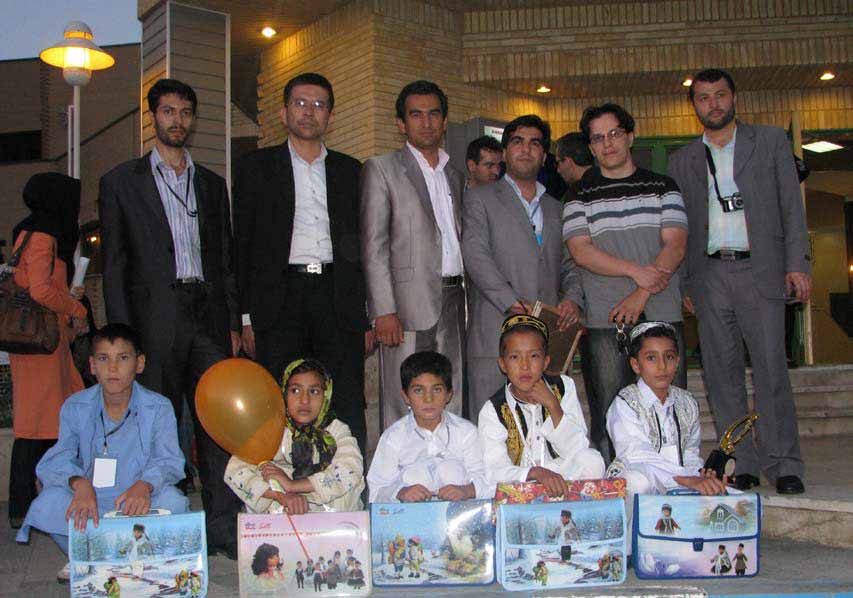 A few steps from the police station I told to the boys to wait outside. I went inside alone and with confidence said to the police officer, “They told us to see you sir but I didn’t say anything else about being an Afghan and an alien.” He asked why. I replied that we were a big group and they wanted us to get permission to enter and showed him the invitation letter. He asked if we had tickets to which I responded that we did. He told us we were free to go on. I thanked him and came out and went back to the man who escorted us and was waiting for us a short distance away. I let him know we were free to proceed. He asked, “Did you tell him about being an alien and an Afghan?”

I said yes and that because we are going to the award ceremony then there should be no problem. The man ordered me to go back and ask the officer to sign the back of all the tickets. I hurried back to the police officer, and without any other questions he signed all the tickets and urged us to hurry so we wouldn’t miss the train. I ran back outside and showed our tickets to the guy and we all finally passed the check point. Without looking back, we started walking as fast as we could towards the train, my heart bumping out of my chest, as any second I was waiting for them to call us to come back. A few minutes after entering the train cabin, Mr. Karimi and Mr. Jafari arrived too. Mr. Karimi with a smile said “God bless you! what should we do with you Mr. Musavi, we were about to die, we thought, you all ended up at the military camp tonight!” Mr. Jafari kept saying, “Bravo! Bravo! It was important and very good that you were confident, otherwise we all would have been back at home.” 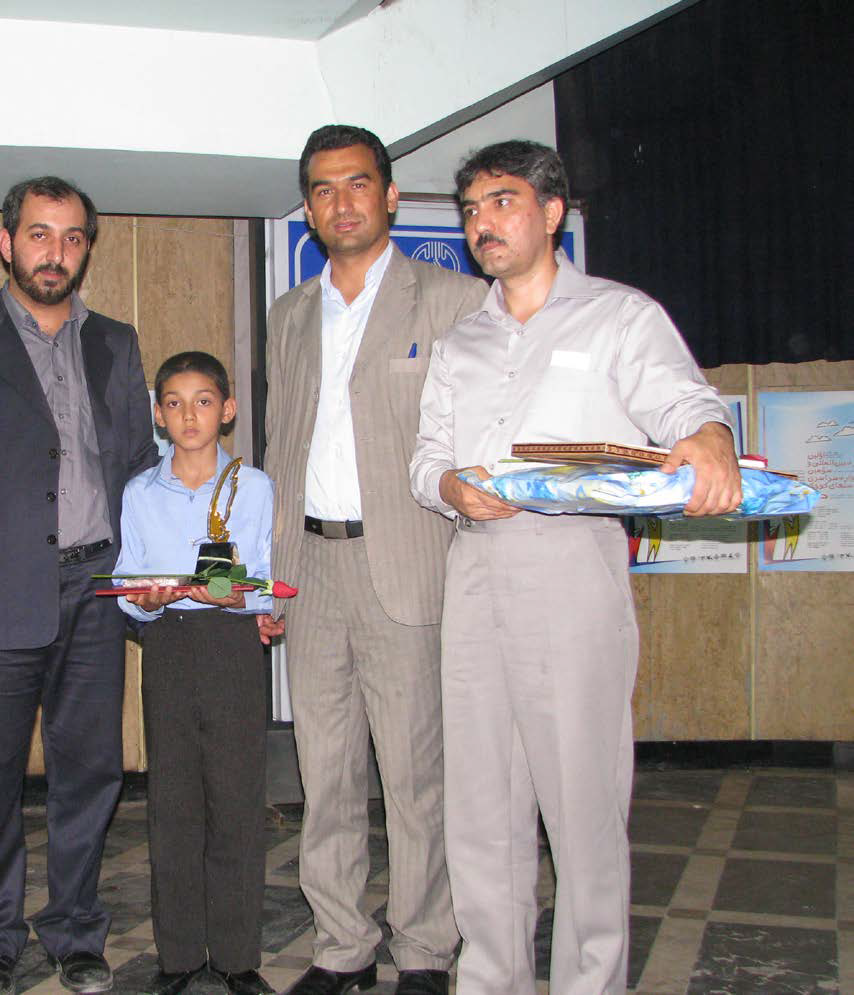 After getting on the train I felt much more comfortable and we arrived early in the morning. We attended the ceremony and all the students read their wishes and got their prizes. We were the guests of city of Tabraiz, the city with no beggars. On our way back, afraid of being caught and questioned, we used one of the local and smaller stations, of which I don’t remember the name. They were not extremely strict and it was enough to just have a ticket. As a refugee, and specially Afghan refugees passing through a checkpoint station or police search is even harder than passing through the judgement day bridge. Two days before a trip to a week after passes under a lot of stress but the experience becomes an exciting memory, if they pass safely.