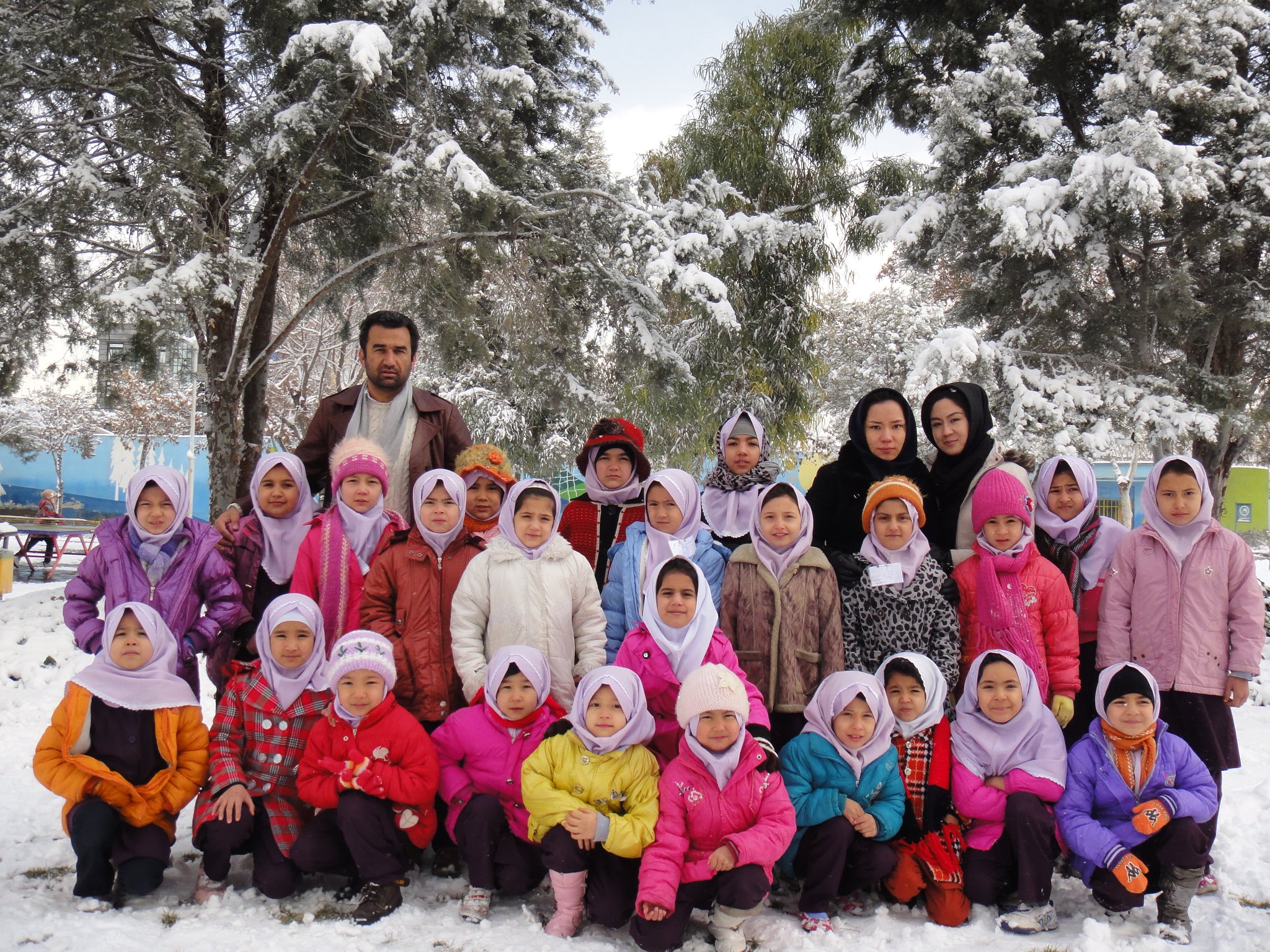 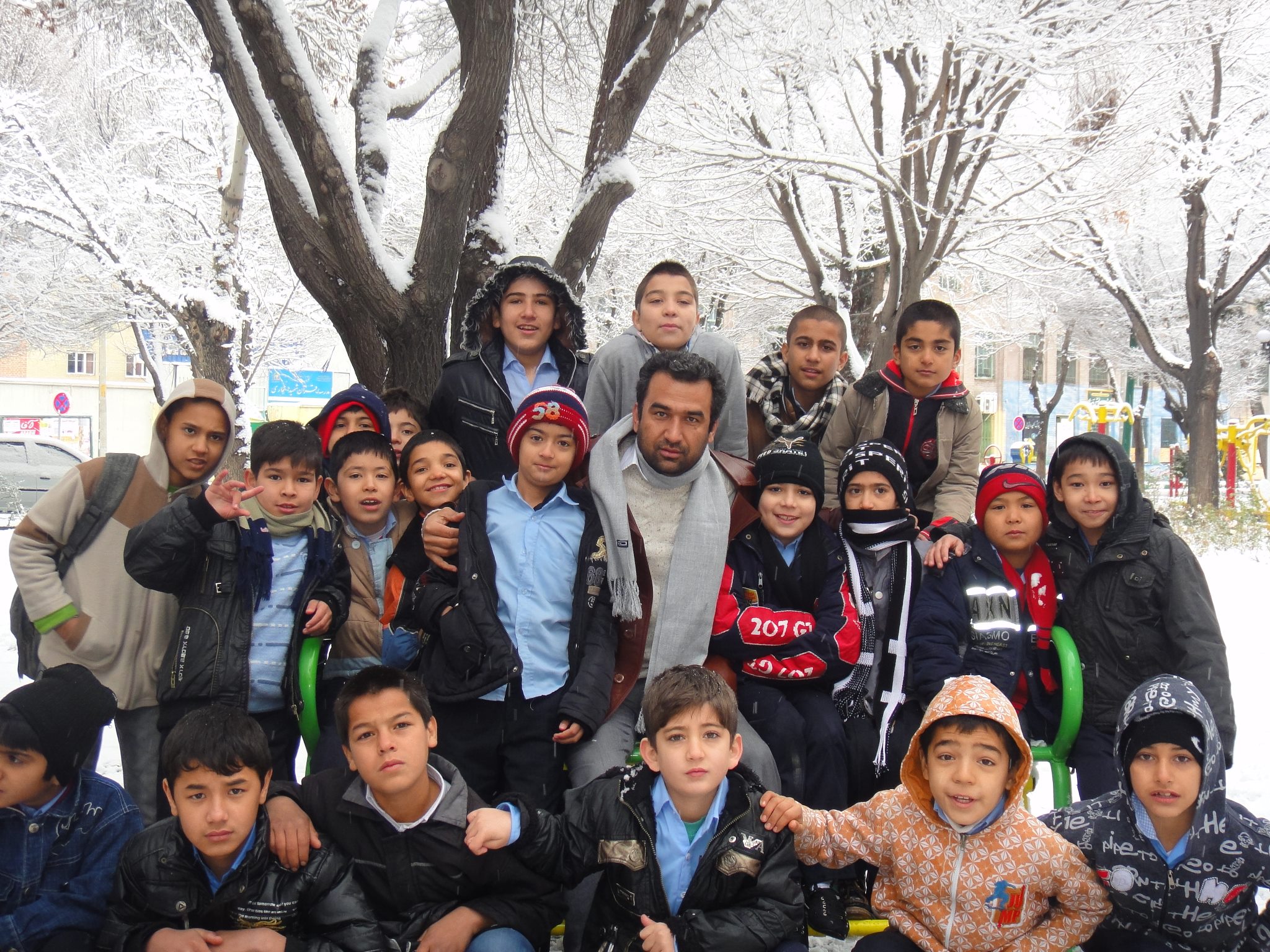 In front of the primary school today there was no news of lessons and or exercises therefore, we went to the park with the children to play in the snow and take photos!

We ended up having a snowball fight. The children were on one side and I on the other. I was almost buried under the snowballs thrown by the children within a few minutes. My hat and jacket pockets were full of snow when I came to the office. This is a souvenir photo of the first snow of this year with our special move!

This will be the fourth year running in which we are taking pictures with the children in the snow. Until next year, who knows what the future holds for us and the children. Just like last year when many of the kids and some co-workers ended up in different corners of the world.