A symbol of dream coming true with hard work 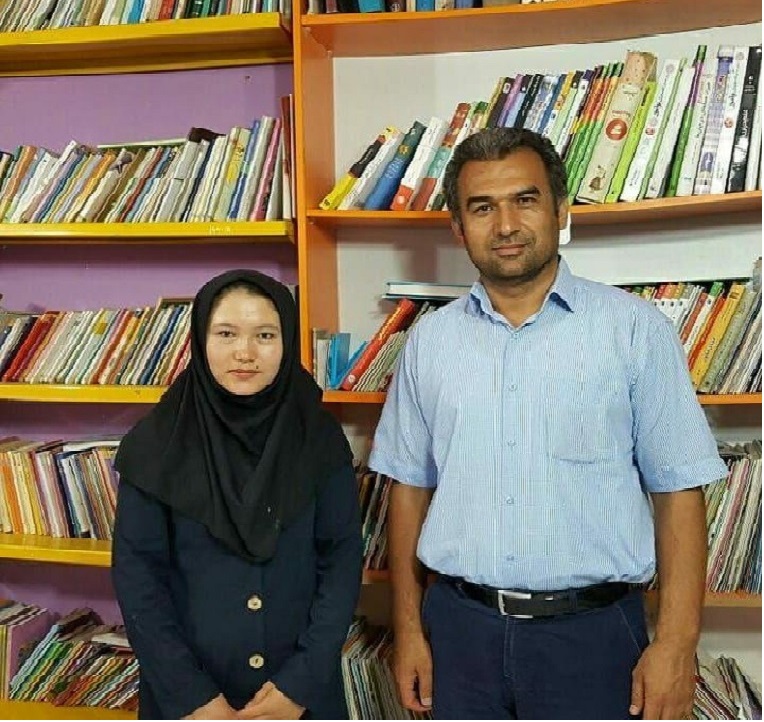 In all of my years of being a teacher, I’ve seen a lot of students who studied hard despite their difficult situations, and with all the obstacles they had, they never stopped their study. Some boys and girls would come to the school half-day and work on the street selling things or work in clothes or shoes making workshops. Children, whose life is a story, children who were fighting hard for their absolute right in life.

“Shahrbanoo” is one of those girls who is going begin year 12 this year. I can remember 3 years ago when she came to see us with teary eyes. One of our colleagues in Islamshar had given her our address. She was telling us “I went to all the schools around but they have declined my entry because I don’t have residency in Iran but I really want to study”. The school was at least one hour and a half from their house and she was also working half a day in a seamstress shop with only 300’000 toman a month ( AUD30 a month) to show for her work. Her father is visually impaired and deaf. She has three brothers and two sisters who were all younger than her.

Two of our staff members went to see their living situation and their house. It was worse than she mentioned.

That year we started a year 9 class with three students. Shahrbanoo and two others. She was always late due to her job and the long distance to the school so we pushed the class half an hour later so she can make it. That year was successful. The next year with a lot of effort and following up, Shahrbanoo got accepted to a public high school. I remember once someone called from the department of education for her study records and said we don’t know what to do with her. She has been coming and going and begging for a change so much that we are all giving up. We don’t know what to do since we have no more space in the classes for her. But I heard later that her insisting and her following up had been successful and with talking to one of the high school principles she could get into that school.

Shahrbanoo got her diploma with great grades last year and she is going to year 12 with a lot of dreams and a strong will power.

She came to see me yesterday and showed me her wish notes for the future. I didn’t know what to say, if it was mine I would doubt them being reachable but as I know her and her abilities I could see that many of them will be achieved by her.

Sharbanoo still works half a day in the clothes making shop and her living situation is still hard. Let’s get to know Sharbanoo and other kids like her around ourselves. We can change their education situation and their quality of life with just paying attention to the slightly more so they can be useful people for themselves, for us and society.

Believe me, it’s as simple as that.