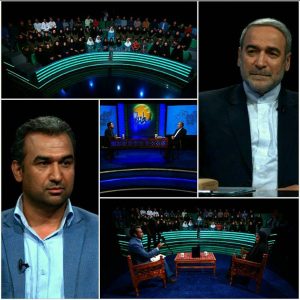 This morning I went to the Ofogh studio where I was invited for an interview in a program named “nationals”. I spoke about my work in self-sustaining schools in Iran. The interview will soon be broadcasted from the Ofogh channel.

I hope, with the help of people who work in media, this thirty-year-old vision of the government’s media on the immigrant’s changes and that this change of vision also affects the fundamental government agencies.

A couple of days ago I had an appointment with one of the organizations which focuses on children’s literature. The secretary of the head of the organization called me on the phone and mistakenly said “Hello Mr. Afghani!” But then she immediately realized her mistake and apologized and said: “Hello Mr. Musavi!”.

I laughed and said the first one was true! It didn’t bother me too much. I have gotten used to it.