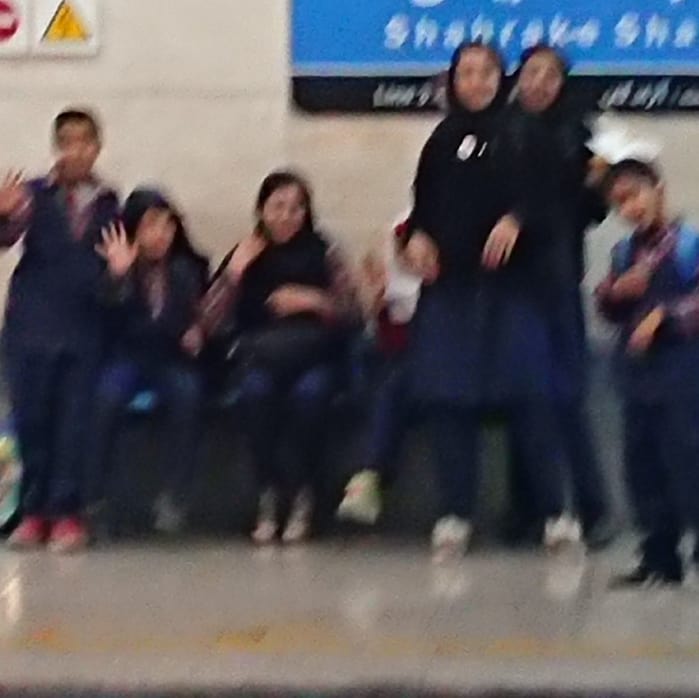 As I was seating on a bench in the subway and busy with my phone a kid called me: Mr. Mousavi! Mr. Mousavi! I saw that two or three of my students were standing on the other side and were delightfully waving hands for me. Another group of them came as the train was arriving. Kids were ecstatically waving hands altogether and shouting: ” Hi Mr. Mousavi.” I waved hands for them and took some pictures then the train stopped. I got on the train, they could still see me and came near to the edge, they were so clamorous that the conductor of the station warned them not to go near the edge and come back.
As the train started to move on I waved hands for them again. I went far and so happy to see the kids happy and ecstatic. A school should be a place where kids become happy as they see their teachers and principal and smile unconsciously and feel unwind rather than be worried, scared and try to hide behind each other or change their way and runaway.
P.s. hastily getting the phone ready to take pictures because the train was arriving I forgot to clean the lens and that is why the picture is a little bit blur.