One of the important subjects that were missing in Iranian textbooks which were used by immigrant children were the history of Afghanistan.
To make up for this shortcoming, we discussed the issue with one of the teacher training instructors – Mr. Mohammad Jom’eh Amini -who we have been friends with since we were in university and were interested in history, and we talked about this for a few sessions. I declared my financial support for his endeavors and encouraged them to write a book for the students of the self-governing schools. With the help of another friend, Mohammad Sadegh Saberi, who had a bachelor’s degree in history, he wrote the history of Afghanistan for middle and high school students after about a year. Finally, we published this book in 2005 in a circulation of 3,000 copies and handed it over to the students of the self-governing schools to be taught as a supplementary coursework along with the history of Iran. This book is still taught in self-governing schools.

Introduction The History of Afghanistan

Dedicated to All Afghan students The events of the last 25 years in Afghanistan, along with its many destructions and disturbances, have been the source of many developments in the formation of social movements in our country. One of the positive developments was the migration of people to other countries, This unwanted forced migration provided a good opportunity for our people to take advantage of the opportunities available in other countries for their spiritual and material progress.
However, migration, along with all its positive aspects, has had some negative consequences for immigrants and the generation born in exile. One of these negative consequences is the the loss of cultural identity. Many refugee children who are born in exile have become alienated from their cultural identity, it can be the basis of many social and cultural problems.
Being alienated from cultural identity, shows more destructive effects when the immigrant can not connect with the destination community. In this situation, he has neither joined the new community nor remained a member of his origin. He becomes an anonymous human being who can never achieve his true dignity. The history of every country is part of the national & caltural identity of its people. So being familiar with history can strengthen the cultural and social roots of every immigrant generation & and empowers them to take advantage of opportunities in the destination country In recent years, great strides have been made in recognizing Afghanistan’s rich and ancient culture and civilization to its new generations, But it seems that this set of efforts has not been enough and more attempts are needed. The present book seeks to compensate for bugs of past efforts while maintaining strengths of them.
But despite of all these, it does not claim to be comprehensive and perfect. May the genius researchers and readers help us to fix the bugs & shortcomings in this book.

Thanks and best regards. Winter 2005 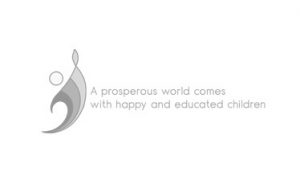 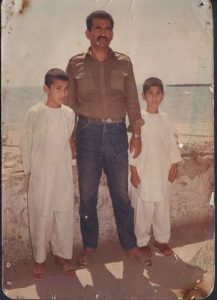 The First Talk
The Best Days and the Best Activities   On my school vacations, I always had to read books, from “Fox and the Wolf” to “Twenty Miles Under the Sea” by...