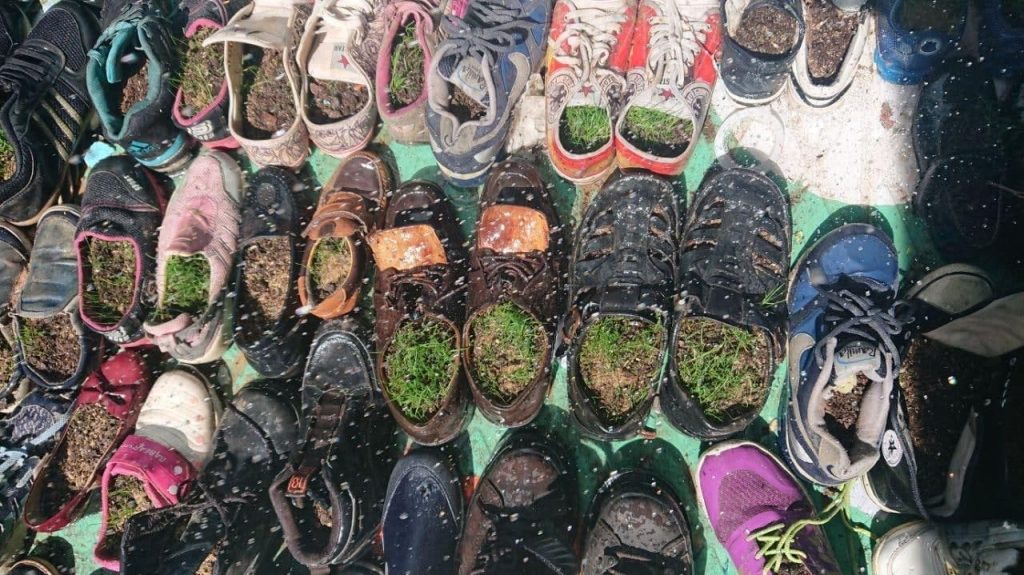 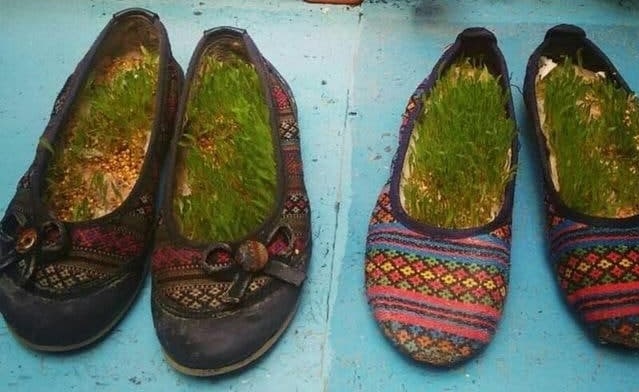 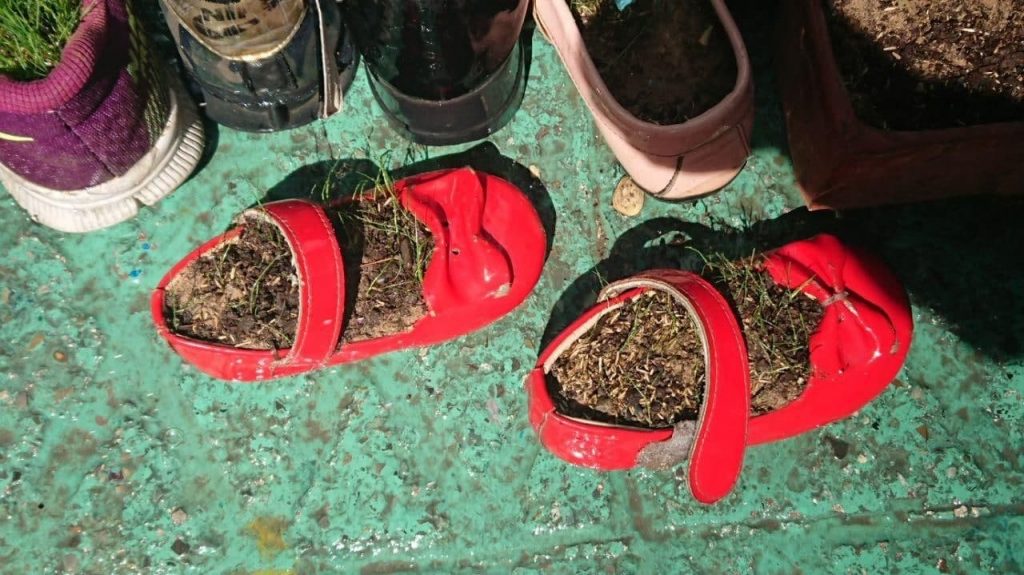 It was two years ago that Musavi proposed that we grow seeds in our pupils’ shoes! Our first reaction was to ask how? Why? What for? We were very puzzled about this at first, but it all turned out to be a beautiful idea ….

So, last year we asked the children to bring a pair of their old shoes, and they were all very excited and eager about it. They were so enthusiastic that I remember one of the pupils’ mothers came and told me she had thrown away Yusuf’s old shoes and he was insisting bringing his current shoes as only his own shoes would do! So, we had to tell the children that if they didn’t have old shoes of their own, their brothers and sisters old shoes would be fine and the school made sure that we brought Yusuf some new shoes at New Year as he was so insistent about using his own shoes.

I understood how he felt as it reminded me of my own childhood. I always loved my shoes, even if they were completely old and worn out. I never wanted to part with them and my mother had to step in to throw them out. I particularly remember a pair, one of which had lost its decorative flower and I was so upset when mum had thrown them out!

So, to cut a long story short, the children brought in their shoes with great joy and willingness. The main aim was to grown orange pips, but as they were a little difficult to grown we decided to plan grass weed alongside them.

Soon the shoes were getting greener and greener before the children’s eyes. Day by day they learnt the lessons of cultivation, and more importantly, they saw their very own green footprints running in the very same shoes they had run in, played in and rushed to school in. every day when the bell rang for break time the children would go to look at their shoes and excitedly show theirs to their friends. They have gained an understanding of the effort needed to make things grow and so they have learnt to respect the grass growing in the park in front of the school and no longer step on it.

This year our playground is full of green shoes and the children will see their own green footsteps when they return from the New Year holiday. The photos are of this year’s green shoes which have made a growing school even greener!

My heartfelt thanks go to Musavi for his wonderful and beautiful initiative, so typical of his creativity and his commitment to enriching the lives of all our pupils.