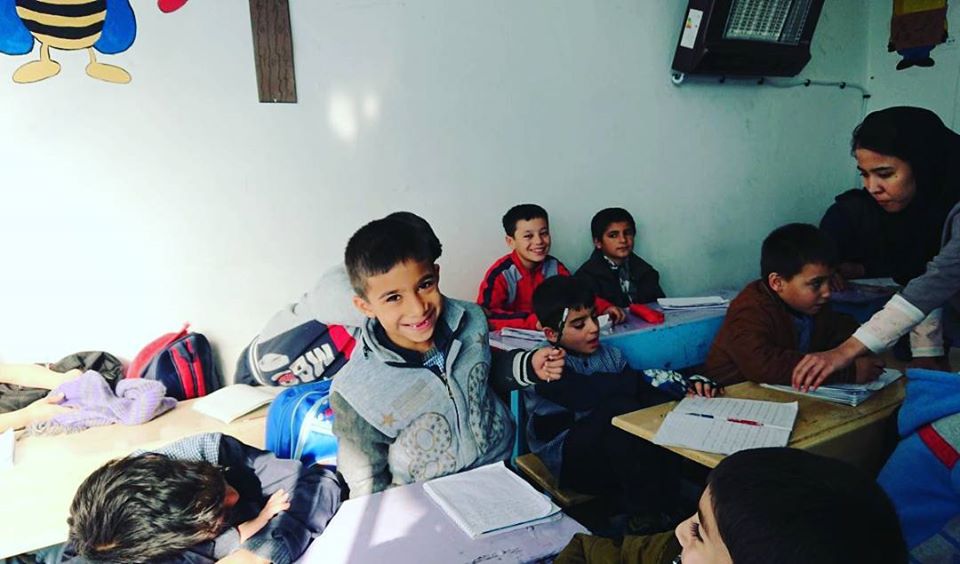 17-10-12- One Saturday, I went to school and talked to the students on the morning program. I asked them if there was anyone here who didn’t like their school. Everyone said they loved it, but one gap-toothed first-grader among the kids, Mustafa, said out loud, “I don’t like it!”

I told the children to clap for him for speaking out so bravely and to shout “Hooray!”  Mustafa was a little scared, but when the children clapped for him, he laughed and his toothless smile extended up to his ears, and the children laughed with joy and laughter. I thanked Mustafa and said, “Okay, by all means, “ and I promised him that I would erect two big flags in the schoolyard next week, one Afghan flag and one Iranian flag.” I had often thought about erecting flag poles previously, but it always somehow slipped my mind and never got done, but now, however, Mostafa’s words reminded me to order two 4 meter poles with ropes for the flags to be erected in the schoolyard.

Fortunately, we already had two cloth flags for Iran and Afghanistan that were perfect for this purpose.

I apologized to the children for the small size of the schoolyard and told them that this year they would have to make do with the small yard but that I hoped that we would find a better place next year with a larger yard.

May God keep you in good health, brave Mustafa, for your courage and your bravery as despite your gap-toothed smile and your smallness, by saying  “no” and with your smart critique you have erected the flag of friendship in this primary school!