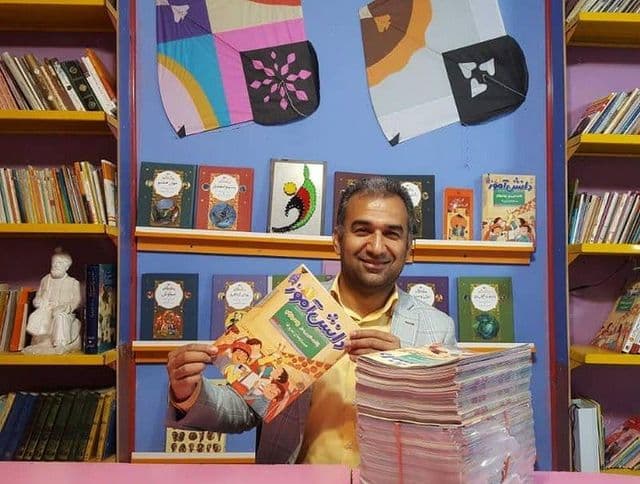 Today 170 copy of Growth monthly student magazine was brought from the publishing office of education. The edition in which it was written about the friendship between Iran and Afghan children. At beginning of the week, I called and ordered for all the students. Before that, I had bought it for myself, read it and enjoyed by ever part of it. Years ago I used to buy this magazine for my students, consequently, realizing that it is more of an entertainment rather than informative by reading last editions and there was not any plan or thought behind it. However, reading it after a time and realizing it got better in both context and pictures, I decided to order it for my students so that they could read the article about the friendship between Iran and Afghan children and also benefit from its other articles and parts. It is worth mentioning that the cover of the magazine could be better, especially the drawing of the immigrant child and his hat, but nevertheless, the report by itself was acceptable. The continuum of reports and efforts such this could be effective in native and non native children knowing each other, furthermore, it could give back a tiny portion of evaporated confidence of immigrant children and also amend the concept of immigrant children for the Iranian children and make them ready for living in a land exempt from any border
Thanks a lot to dear Miss Marjan Foladvan for this nice report and her non-stop kindness towards immigrant children and well done to her because whenever she put a step in any publishing office, her novel and innovative wives make that magazine more enjoyable for children.