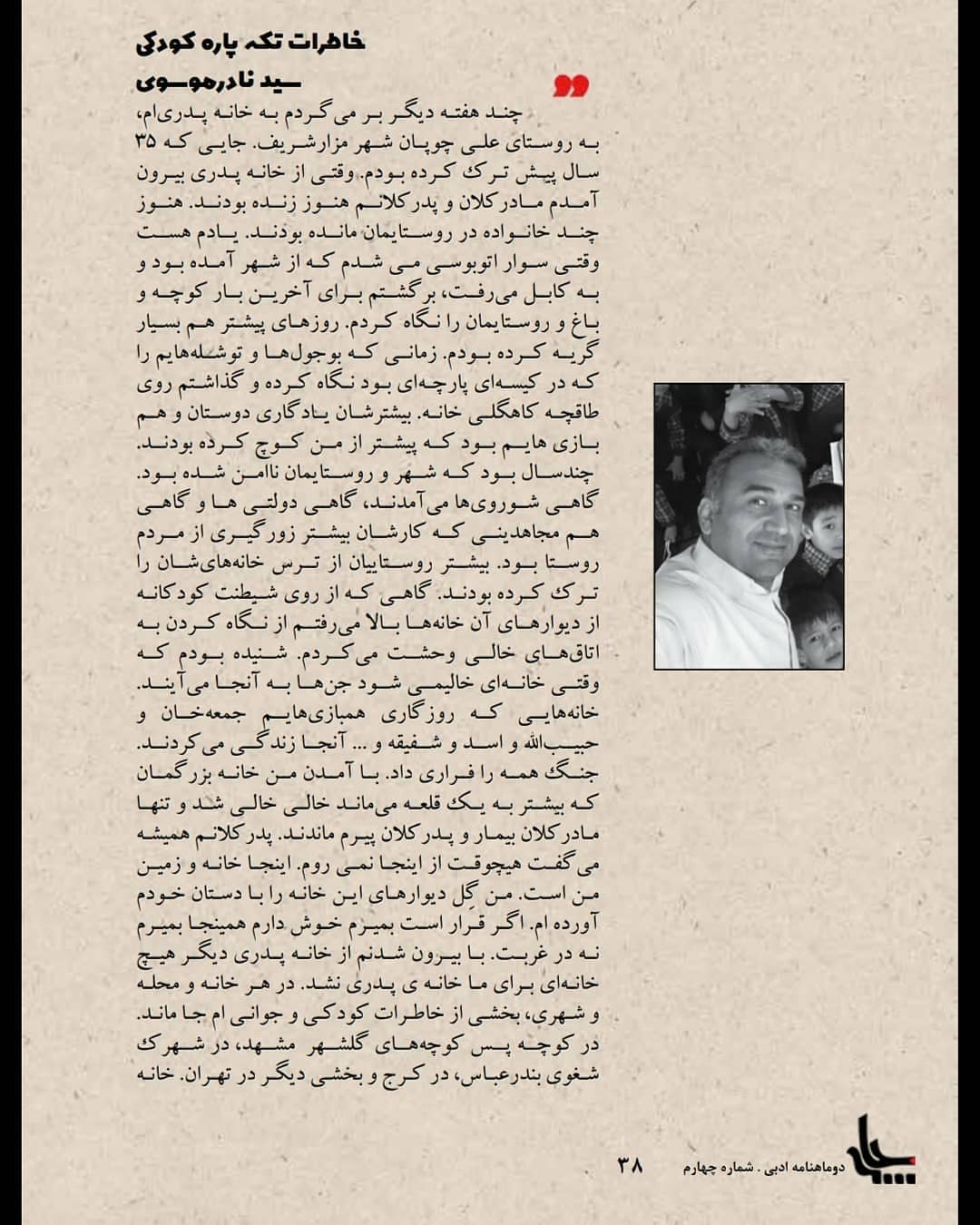 A few weeks later I will return back to my father’s house, in a village named Ali Chapan in the city of Mazar-e-Sharif where I left 35 years ago. When I left my father’s house my grandfather and grandmother were still alive so did as many families. When I got on a bus which came from the city and was going to Kabul, I turned around and took a glance at our alley and garden and cried. I cried the days before when I put my stuff and other ornaments on the ledge. Most of them were keepsakes which my friends had given them to me before they emigrated. For years our village and city were unsafe. Sometimes congresspersons came, sometimes government delegates, and sometimes militia who just wanted to confiscate the property of the villager, most of whom left the village due to these reasons. Sometimes, just because of being a naughty kid, I climbed up the wall of those houses which were vacant. Looking through the windows of those vacant houses were dreadful because I was told back then when a house is empty ghosts are living there. Houses which some days my friends like JomeKhan, HabibolAlla, Asad, and Shifthe used to live there and we would play together.
War made everyone evacuate the city. When I left our big house which looked more like a castle was full of emptiness and only my grandmother and grandfather stayed. My grandfather used to say all the time that he would never live there. ” This is my house and land, I made it myself with my own hands. If I’m supposed to die, I rather die here not a foreign country” siad he. When I left my father’s house I did not consider anywhere else as home.I had a memory from my childhood in every part of the city. In the alley of GolShar in Mashad, in Shogo city in Bandar Abbas in Shabbas which is in Karaj and in Zamzam in Tehran. Father’s house is a guardian of one’s childhood memories and leaving there torn apart all of my memories. After that, I never saw my grandfather and my grandmother passed away because of her disease or maybe because all her grandchildren left her.