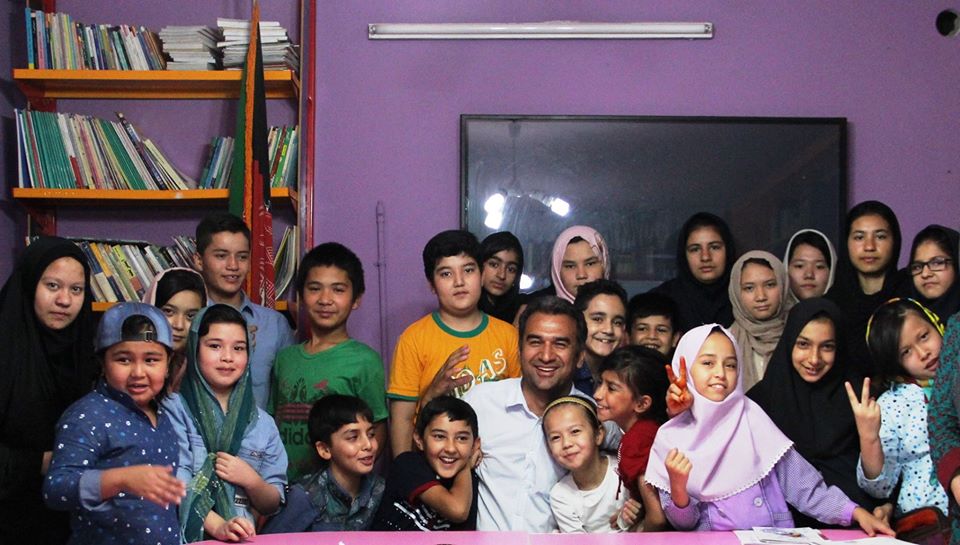 A group of authors from the “Children’s Book Council” were arranged to come to school and read some of their books for students, but it didn’t happen due to some reasons and the event rescheduled them for another day. There were almost thirty students who had already come to this program. So, I decided to show them a movie in the library, instead. I also showed them some old photos of them were taken in the last few years. They were so excited to see those photos again, especially those ones which were taken as candid photos. It took almost two hours to see photos and they still insisted on seeing more and more.

At the end, I gave them some books written by “Mohammad Hossein Mohammadi” as gifts to read them for the next book session.

This photo was taken at the end of the session. They didn’t smile at the beginning of the first few photos. Then I told them, as a joke, to tickle whoever standing beside you. So everyone smiles. “you are beside us, Sir.” The two kids were standing beside me, said. Then, they started to tickle me so hard and I couldn’t stop them and we were all laughing.