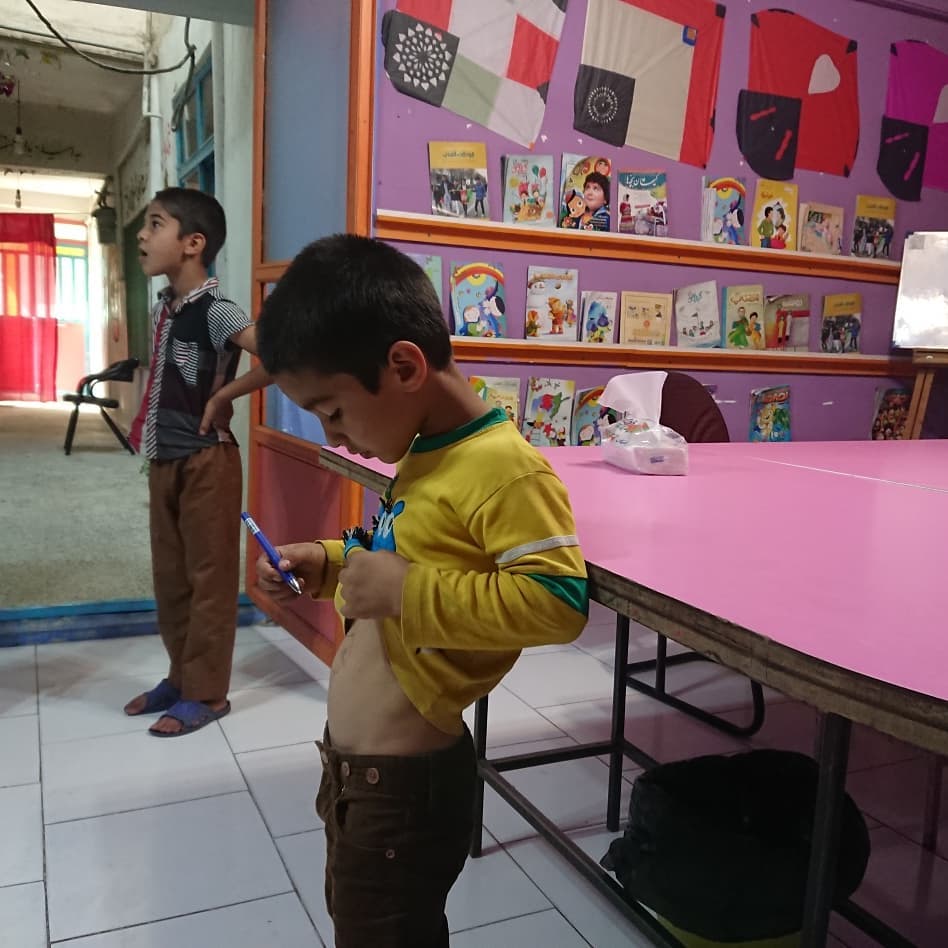 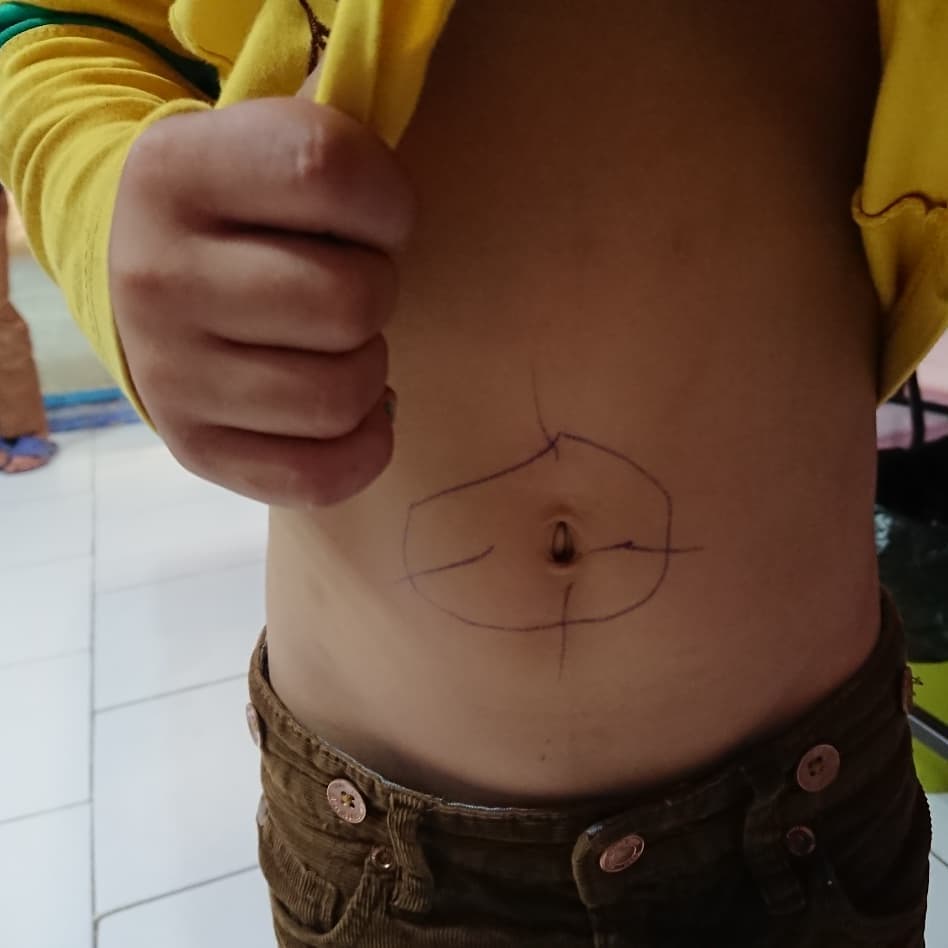 His mother was chatting with responsible for registration about his older brother, Bahram. I was sitting in a corner and thinking about the #Barchi catastrophe and the students whose sits are vacant in the class. I was thinking about our job and the right education is so much valuable and fundamentally important for their future and I also was thinking about programming the following year for the children who are going to study here. I was thinking about what else we can teach them aside from their arranged curriculum so that instead of making them think about vengeance and death and vehemence, make them think about kindness, happiness, and friendship and want life for themselves and others and look for their heaven in this world by building it up and living with other people with kindness not in other world at the expense of losing their lives and other people.

As I was drowned by this thoughts Behname caught my eyes, he lifted up his t-shirt imperturbably and was drawing something on his belly. I picked out my phone and take some pictures. I wanted to record it but he raised his head and he smiled as he saw me that I am looking at him. I said:” what are you doing?” And he said:” I’m drawing a caw (in Farsi is pronounced /gaw/)( or maybe dart)” I said: “come closer.” I asked him” what’s your name?” He said “Behname” he was consented to lift his t-shirt up after me begging for so many times so that I could take a picture from his drawing.

I asked him ” what kinds of caw is this Behname?” He said ” is not complete yet” and with his childish language began to explain. I was upset but I told him ” well done go and draw the rest of it. “His mother was still talking about their vicissitudes in life and that they could not be able to send Bahram to school due to financial problems and their other son named Banhor does not go to school. I talked with her for a while and then said ” register both of them till we see what will happen” I got out of school with a mind full of thoughts of the difficulties that these kids have to go through this chaotic world.