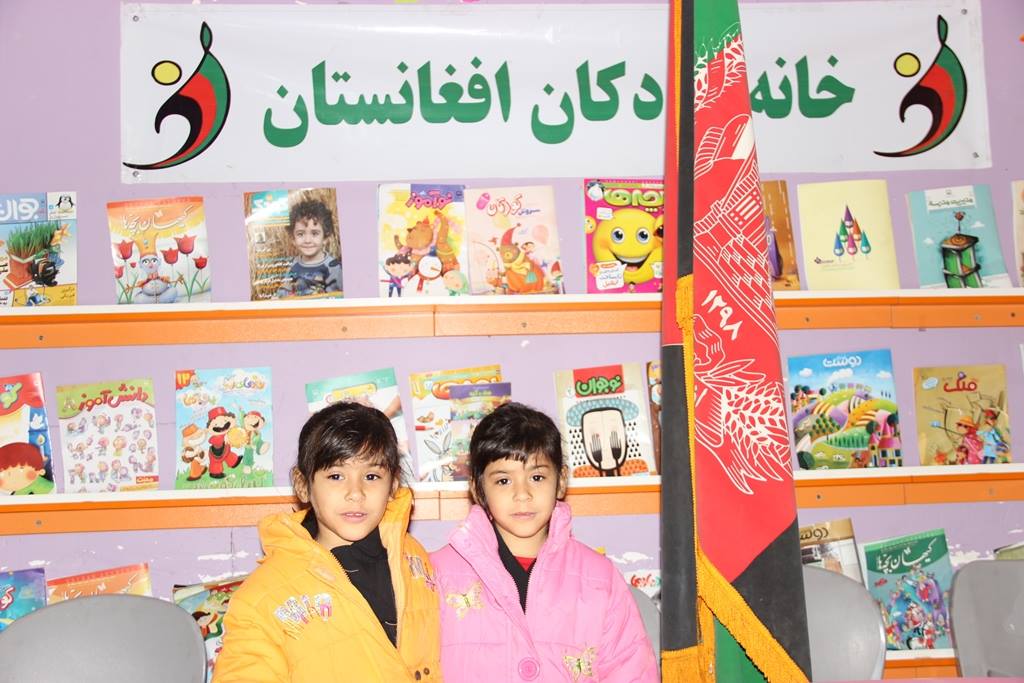 Asal and Ghazal, the twin sisters

I was installing the shelves when I heard a voice saying: “I want to talk to Mr. Musavi, himself.” I came out and saw a young woman with three girls and a grandma. I greeted them. The young lady also greeted me and said, “Mr. Musavi, you do not remember me, I am Shokoufeh, your former student.” I did not recognize her. I said sorry I do not remember. She repeated: I am Shokoufeh … I was your student in the first year and I studied here until the tenth grade. I remember when she told her last name and explained a little. I was their math and Persian Language teacher. She had four daughters. Two of them were first graders and one of them was in fifth grade. They had just arrived from Afghanistan. Her mother greeted me and said: knock on  wood! you have not changed at all since ten years ago, only your hair has turned to white a little and you have become fatter. I said how much more you wanted me to change? She said: “I meant that you are still humorous and smiley!” The grandma continued: ” It’s really nice to see that the school is still open. My three daughters studied with you until we returned to Kabul. We have just arrived from Afghanistan. We wanted to go abroad but we couldn’t. The children could not enroll in governmental school. I was looking for a school, I was not sure if you were still here. I asked many people until I found the school. Now I have brought these three of my grandchildren to register. There is no job, no life and no safety in Kabul, and everyone is wandering and homeless. She complained much about the situation in Kabul and Afghanistan and the misery of the people there, and said: “we also made a mistake by returning.”

We took an evaluation test from their fifth grade daughter. She was good. We enrolled her in the same grade. Although almost two months have passed since the beginning of the academic year, by insistence, we had to enroll the other two in the first grade. I told them that it was too late and the children had learned a few lessons, but they insisted on the intelligence of their daughters and learning the Qur’an at home, and that they would help them reach the rest of the students. One of them was Ghazal and the other was Tamkin. They are twins and look alike. I told Tamkin that we will register you under one condition to change your name to Asal. She looked at her older sister and smiled. When they were leaving, I asked her name again. She said: Tamkin! I said we will call you whatever you like, but Asal suits you better and it is as beautiful as your face and it is also harmonized with your sister’s name: Asal and Ghazal!

A few days later and on a snowy day, I went to their classroom and asked their teacher about Asal and Ghazal, the teacher said that they are absent. I asked the teacher about their name and she said that she is now Asal in the class attendance list and all her classmates also call her, Asal.

In Afghanistan, most children’s names are Arabic which are very difficult and complicated, and mostly compound with 2 parts, which makes it more difficult to call both for the children themselves and for others. I do not know what the philosophy of such naming is. I remember in the first years of school we had a student named “Abdul Jamshid”! His mother was also very proud of this name and in spite of talking to her, she refused to change her son’s name and it remained the same “Abdul Jamshid” until the end!