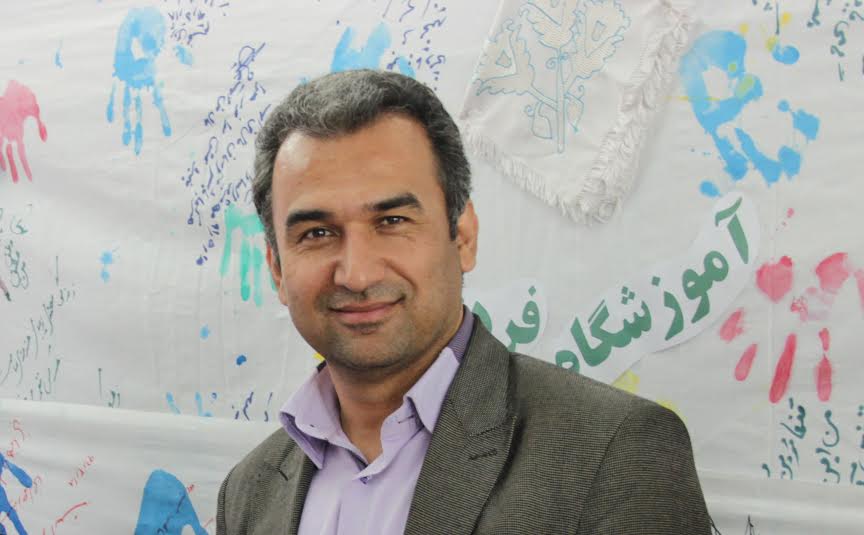 Emphasis on cultural work among refugee students in Iran

Musavi: Unfortunately, the identity problems of refugee children is very serious self governing schools ought to change their work frame

According to the latest reports, about 400,000 refugee children and adolescents are educating in public schools, as well as a number of Afghan schools, but most of these children have cultural deficiencies due to a lack of accurate knowledge of their country. They also face a lack of interest in Afghanistan.

Sayed Ali Hosseini, director of education at the Afghan embassy in Tehran, said that in addition to Iranian public schools, refugee children are being educated in 24 self-governing schools and 21 formal international Afghan schools.

Nader Musavi, director of Farhang International School in Tehran, which is an official international Afghan school in this city, spoke of the need to change the work frame of the activities of self-governing and formal Afghan schools in Iran and paying more attention to cultural works.

“We have about three million refugees in Iran, all these refugees need cultural contents, they need to be encouraged a little to return, we need to make a series of cultural productions by ourselves,” Musavi told AVA in Tehran: “Unfortunately, the identity defects among our children is a serious matter. The issue of their lack of motivation for education and a series of disappointments about the future of Afghanistan. We can motivate them that this bad situation does not remain the same and they should study.” .

After this decree, during the last two years, 70,000 children without residency documents in Iran have been accepted in public schools in this country, and according to the Education Department of the Afghan Embassy in Tehran, this year it is expected to accept another 45,000 children.

Nader Musavi, director of the Farhang International School in Tehran, says many of the problems of undocumented children have been resolved by order of the Supreme Leader, and that there is hope that “the rest of problems” will be resolved over time, because he believes One can not expect the problem that has developed over the years to be easily and completely eliminated at once.

He noted that in the new school year, compared to the past two years, it is expected that many of the obstacles that existed in previous years to accept children who do not have residency documents, will be removed.

The director of the Farhang International School added: for example,the period of time for registration, which was too short in previous years, has changed and the deadline for children without residence documents has been extended to one and a half months.

The importance of changing the framework of Afghan self-governing schools

Nader Musavi says that despite recent changes, a number of refugee students without residency documents still remain unregistered who can be enrolled in self-governing schools. These students are those who are older than their educational level, those who have recently come from Afghanistan, or students whose residence cards are from other cities, and they can not be accepted in public schools .

Of course, according to him, these problems are also expected to be resolved through talks between the Afghan government and officials of the Islamic Republic of Iran. This cultural and educational activist noted that by accepting refugee children who have no residency documents in Iranian public schools, some of the pressure has been lifted from the shoulders of Afghan self-governing schools, reducing the importance and status of these schools.

But Mr. Musavi emphasizes that with three million refugees and 400,000 refugee students, self-governing schools can make a difference. He suggests to the principles of Afghan self-governing schools in Iran that “they can focus on extracurricular classes, other classes that are useful for children, courses to get to know Afghanistan better, language teaching, etc., just like us. “We have also taken part of our work in this

direction, to provide literacy education for adults.” The director of the Farhang International School in Tehran, which was a self-governing school in previous years, stressed that “there is still a lot of space to work in the cultural field. “.

He encouraged self-governing schools to obtain official permission from the Iranian Ministry of Education by completing some standards.

Nader Musavi added: “I hope that if any afghan school remains, it will get out of the self-governing state and go to get a license, to be cited as an international school, it is good for the student because then It uses a better environment. Self-governing schools need to move towards formalization.”

“Self-governing schools can be licensed. The Iranian Ministry of Education is very welcoming that self-governing schools meet a set of standards and get licenses,” he said. “The director of the Farhang International School noted that the licensed schools operate under the auspices of the International Center of the Ministry of Education of Iran, and that the documents issued and their transcripts are as valid as those of Iranian schools.”

He added: “Students of licensed international schools can enter any other school anywhere in Iran without being assigned a level.”

Afghan self-governing schools in Iran, meanwhile, need to send the educational documents to the Ministry of Education in Kabul through the Afghan Embassy for receiving certification, which is a time-

consuming process. The Afghan Embassy in Tehran says that during the ongoing strategic talks with the officials of the Islamic Republic of Iran, they are trying to solve the problems of the self-governing schools, especially in terms of certification of educational documents and obtaining a license from the Ministry of Education.