The poet of spring and butterfly! 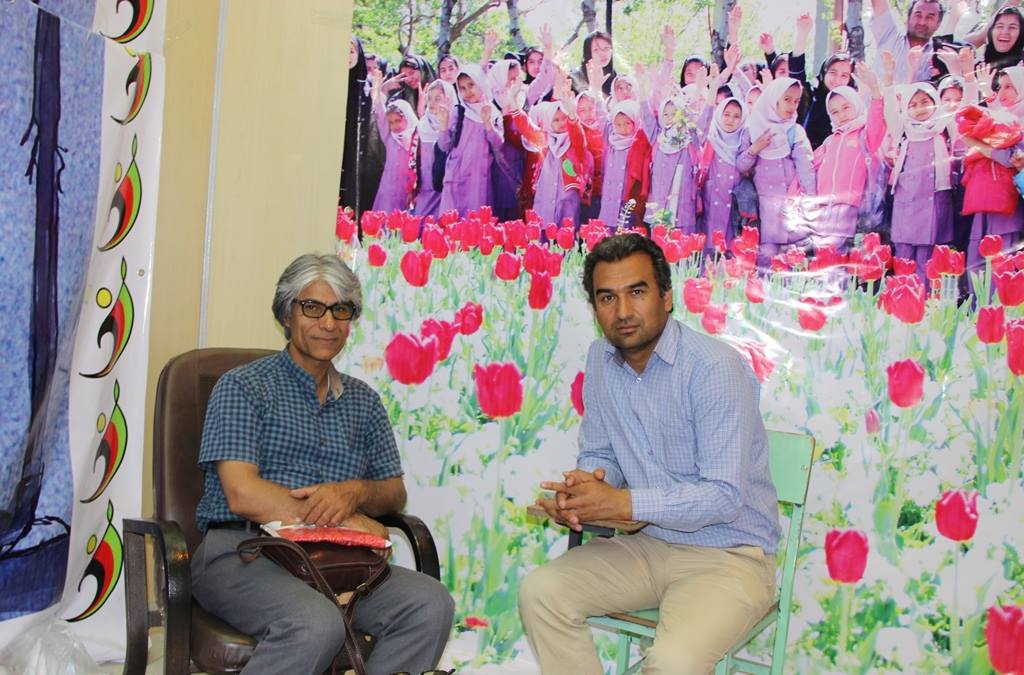 The poet of spring and butterfly- Written by Nader Musavi
16 May 2015
Mr. Asadollah Sha’bani

Mr. Asadollah Sha’bani, The great children’s poet, also visited the pavilion of Afghanistan Children’s House. He acclaimed Kodakan-e-Aftab Magazine and promised to cooperate. He said that he has some poems for children of Afghanistan. I’ll give them to publish in the magazine and I will write other poems for the children of Afghanistan. He mentioned a new magazine called “Jirjirak” which is being published. We were supposed to go with the editorial staff of the magazine to their publication office, one day. May, He be healthy and his heart happy!
In this year’s Nowruz courier magazine I used one of his beautiful poems called the spring and the butterfly and I showed him. He got happy and said that he also likes this poem very much. And he thanked me for publishing his poem in his own name in the Nowruz courier magazine.