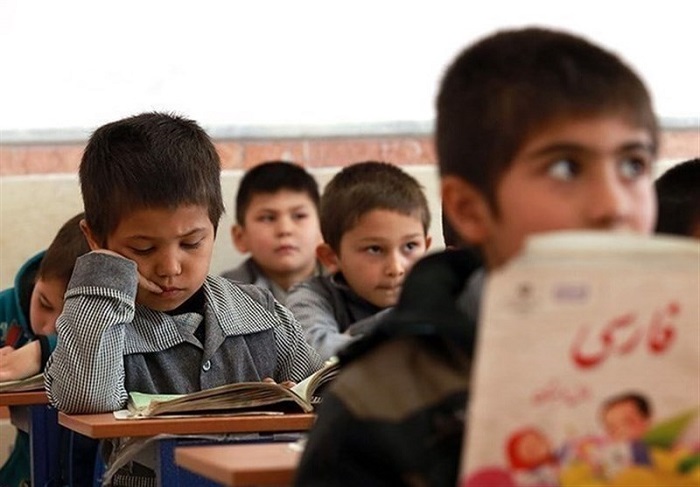 After the war began in April 1978, the Afghan people migrated to Iran due to insecurity and long-running civil wars and took refuge there. The common language, culture and religion encouraged Afghans to come to Iran. According to Farhang News Agency that is based on the reports of the United Nations High Commissioner for Refugees (UNHRC), About 950,000 refugees are legally present in Iran. However, Iran’s Interior Ministry estimates that the total population of Afghans is 3 million. People who are recognized as refugees will be supported by the United Nations in refugee affairs, and with the help of the Iranian government, legal conditions will be provided for them to stay in Iran. The education of Afghan refugees in Iran is a complicated issue that cannot be discuss in a single report, and the emphasis of the supreme leader of the Islamic Republic of Iran on this issue shows the importance of this issue. “No Afghan child, not even illegal refugees in Iran, should be barred from studying, and all of them should be enrolled in Iranian public schools.” This is part of the Iranian leader’s remarks about the education of Afghan refugees living in Iran.

This year is the third year that enrollment of illegal Afghan refugee children in Iranian public schools has begun. The government of the Islamic republic of Iran, after several years of emphasis by pro-child NGOs, was convinced in 1394 (2015) that all refugee children should be enrolled in schools and have formal and free education. Although there have been violations in the registration of Afghan students by some public schools in the past two years, it was a humane decision that will undoubtedly have long-term benefits for both Afghanistan and Iran. Mr. Nader Mousavi, activist in the field of education and training of refugee children in Tehran and the headmaster of Farhang School, In an interview with Farhang News Agency, regarding the educational situation of refugee children in Iran, said: ” Fortunately, in the last three years, with the order of Ayatollah Khamenei to register all refugee students, both those who have residence permits and those who have no residence permits, a major part of the educational problems of refugees has been solved.” He added: “But there are refugees who arrive late for enrolling their children in the school registration process because they are not familiar with the registration rules, which sometimes leads to being dropped out of school.” Mousavi pointed out: “The majority of refugees, live in areas where student population density is too high. Even though it has been announced, schools must be single-shift, but in these areas, schools are operating in two shifts due to the overmuch population of students. This is way sometimes refugee children are not enrolled in public schools.” Mr Mousavi says: “Although a large number of Afghan students are registered in iranian public schools, there are still many students who go to self-governing schools. Is there a sabotage of students’ enrollment? “There are problems with the enrollment system for students who do not have residence permit or the ones who have just arrived in Iran from Afghanistan, which make families to send their children to self-governing schools. Providing medical certificates and health tests, bureaucracy, as well as determining the level of the student and such assessments. It’s a bit difficult for refugees to go through this long process, but it is necessary before enrolment at schools.” Mr. Mousavi stated: “Fortunately, since last year, no additional fees have been charged for the enrolment of refugee students, and afghan students will pay the same fees as Iranian students.” Before the order of the Supreme Leader of the Iran, refugees had major problems with the costs of education and residence permits. Afghan refugees living in Iran had to pay for tuitions, for example, in previous years, an average of 350,000 Tomans has been received for every Afghan student, and many of them were dropped out of Iranian public schools for two reasons: inability to afford the tuition fees and not be granted a residence permit.