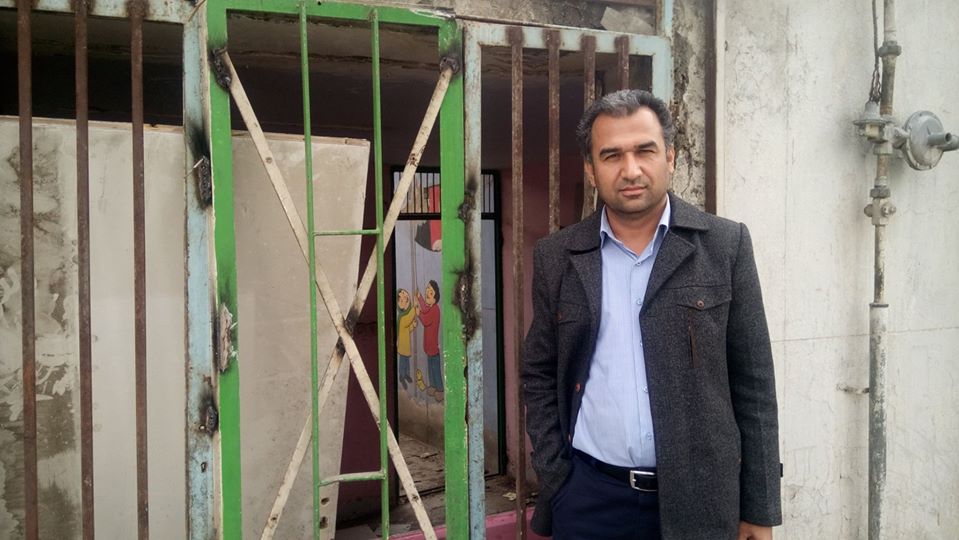 Here is the previous primary school building which in the last days of the summer of 2013 it’s owner took it back from us. Let’s say was being a “smarty pants” and he hasn’t returned some of the bond yet.

He had sent me messages before saying that we needed to pay more rent otherwise, he would take the building back. I had asked him several times to let the kids stay and continue their studies until the day he wanted to demolish it to build a several story commercial building but he said: No, there is someone who will pay 50 million Toman bond and 1 million Toman a month rent. I didn’t have such money. Especially that summer someone had robbed the school and I had to buy new equipment as well. Unfortunately, after 8 years, we left that building with teary eyes.

The next tenant was a young man, a bully from that area, who worked in a paper towel and tissue distribution factory. He left the place after 8 months without paying any rent. After that, the school was a place for drug addicts gatherings to smoke hash and crystal. The conference room became a place for druggies discussion! Every time I would pass the school someone was hanging from the wall either going up or coming down.

The day before yesterday I noticed the blind which was for our previous office was also stolen and the owner had steel bars welted instead.

I stood in front of the office and asked my friend Nouroozi to take a photo of me with the room. While he was taking a photo I told him as a joke, Mr. Nouroozi remembers the wrong turn that was taken with this school and the children who were destroyed by this.

On the way today when I told him the whole story, I said: bravo to those hearts who built schools with their own equipment and their own will and ability and give it to the Department of Education so students can study in peace, comfortably. It is hard to believe there are people who are loaded with wealth and money ( like the previous landlord) who didn’t let us stay even temporary.

In the photo, you can see one of the school’s walls which my artist friend Shah Abdullah created a painting in 2010 summer. When he asked me what should I write underneath the painting I said to write: “Let’s gift our country peace and development with knowledge and friendship” .